Another good day for sailing, although some didn’t think so and went home before the racing started.

I’m not going to mention the four deserters by name, you know who you are ? Two surnames (father and son) rhymed with Paris, one ended in ***bert and one *illiams.

Stephen Corcoran was first on the water, sailing his Enterprise single handed. Stephen sped up the lake and continued with a very enjoyable “pleasure sail”.

Three Solos took up the challenge for the 12 o’clock race, Mike, Hugh and new recruit to the Solo fleet, Tony. Captain Rob declined the first race, saying he wanted to polish his bottom ! It was the bottom of his boat he was talking about, thank goodness ! He regretted his decision when the wind picked up just as the race started. A very rewarding sail with Hugh winning, followed by Mike and Tony.

The conditions for the 2 o’clock race were even better but this time Rob won. Probably due to his newly polished bottom. Hugh came second, then Mike, then Tony.

I was on duty with Rex Carson. An easy day for us with no capsizes and no handicap timings to calculate as they were all Solos. 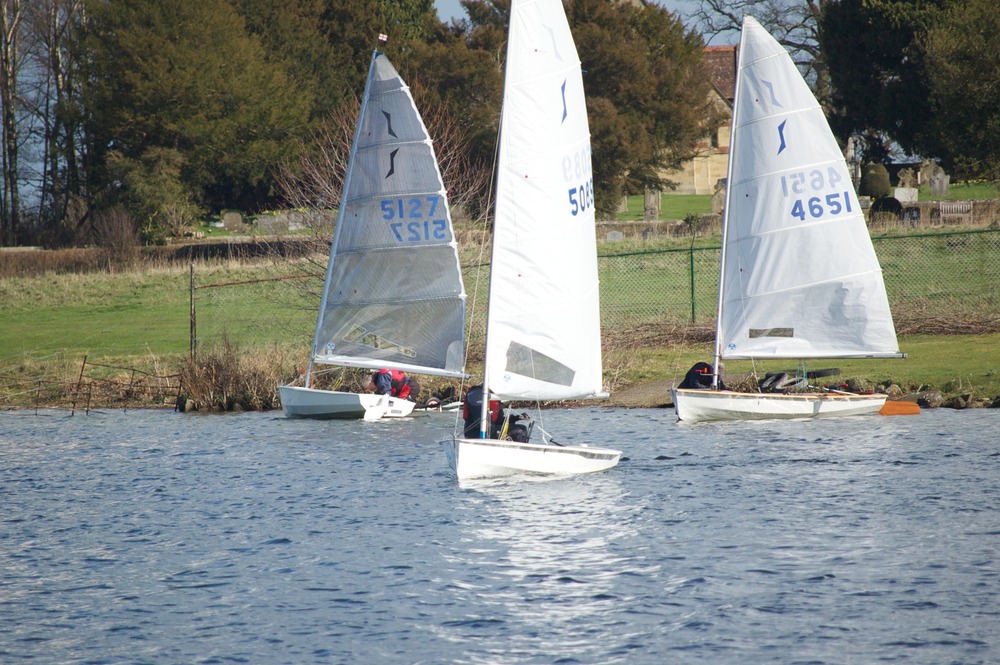 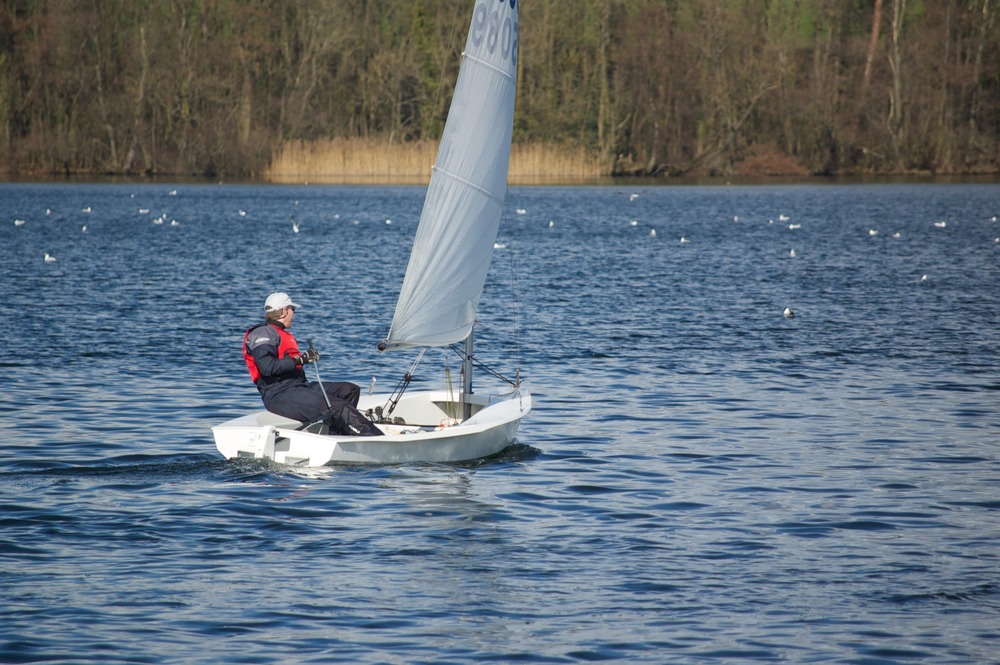 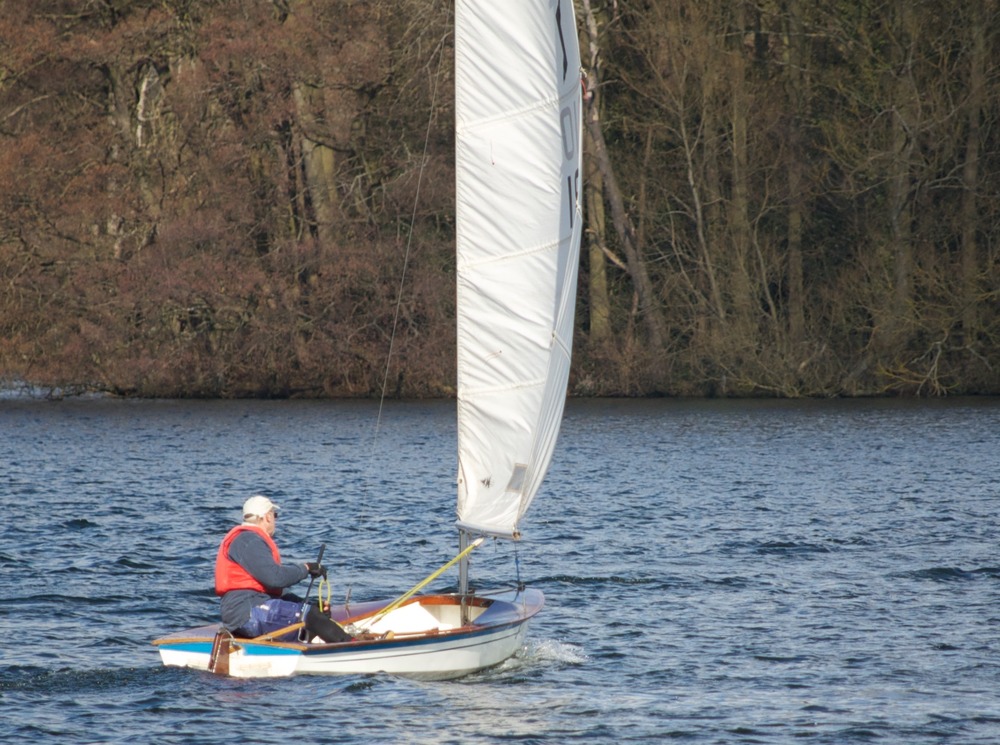 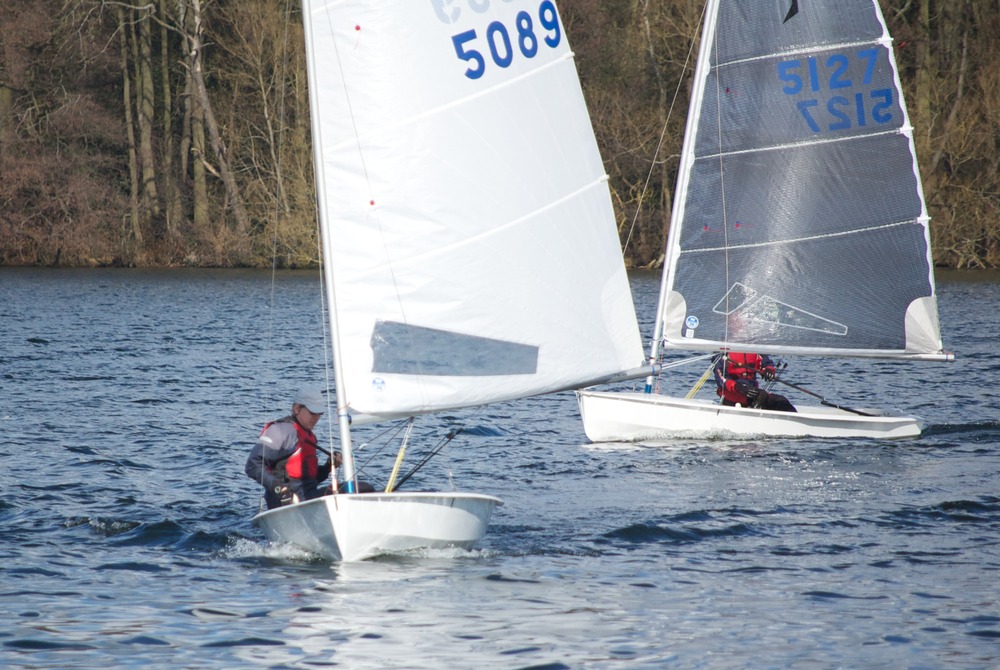 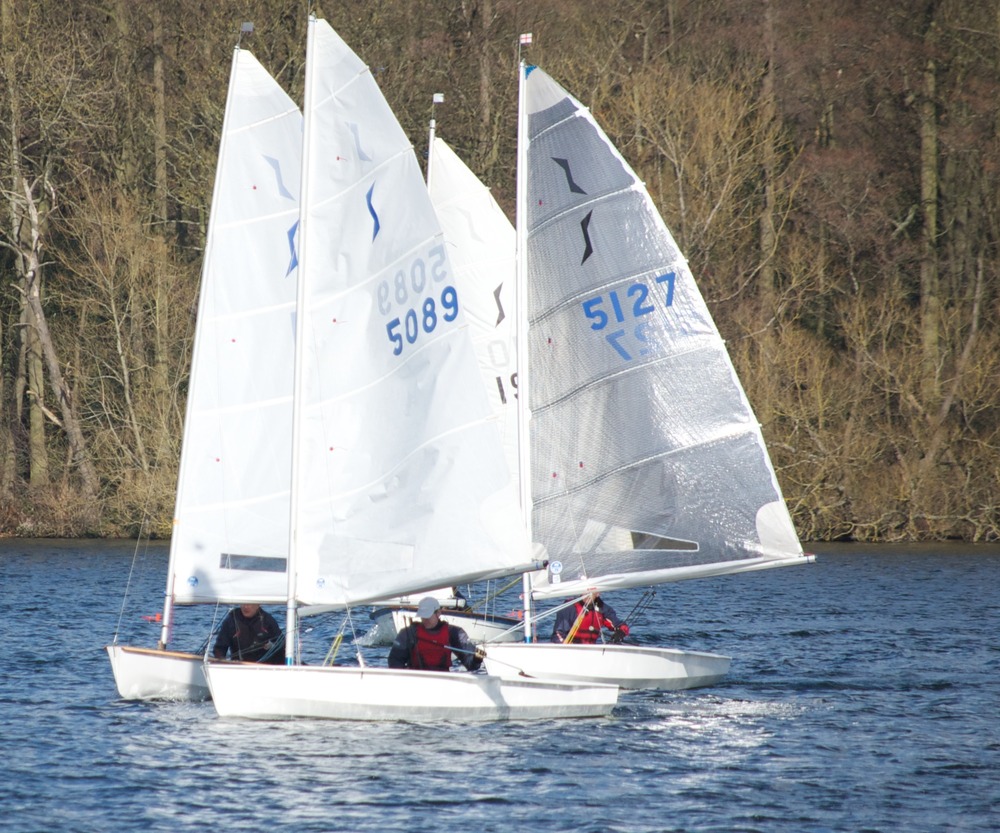 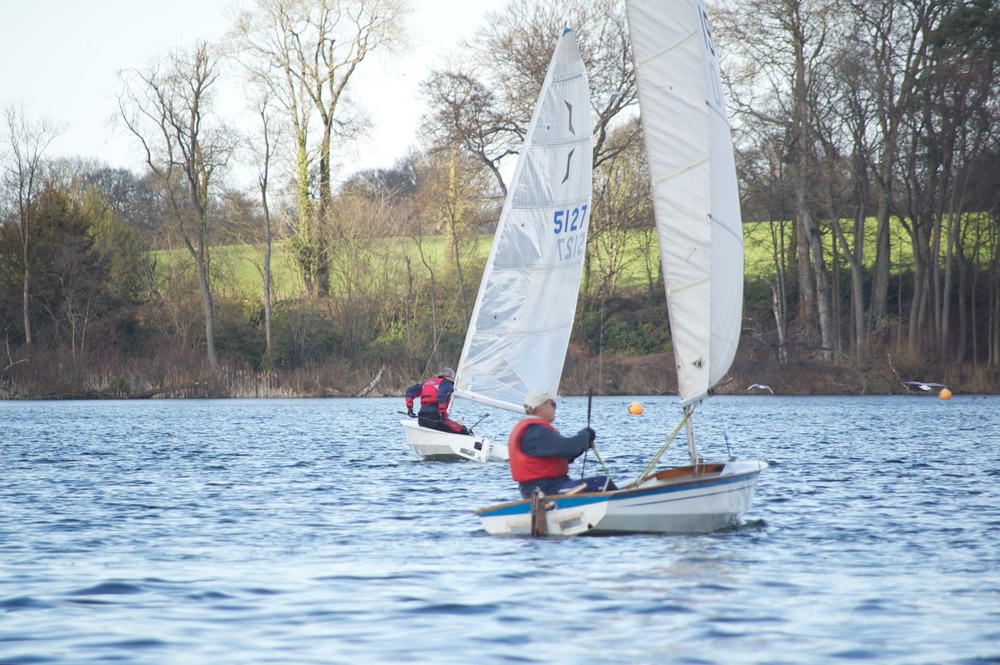 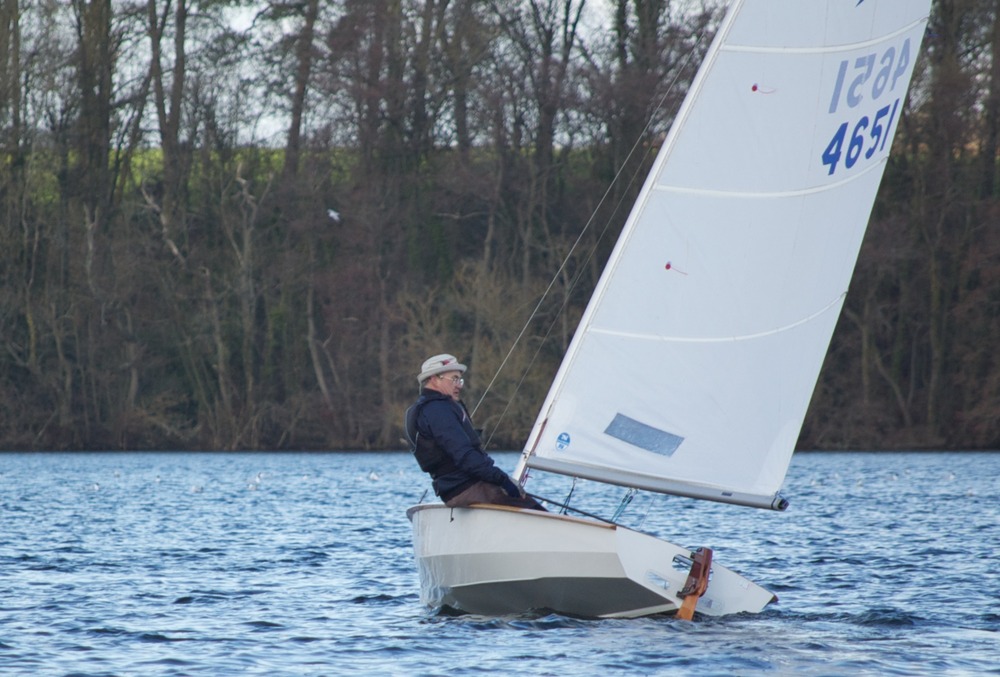