Today was the 4th Sunday of the 2011 sailing season. I was on duty together with Mel Checketts. The wind was light with half the lake in wind shadow.
In attendance, on the water, were, Mike Harris, Hugh Farrington, Tony Boys, Rob Sears, Martin Cushing and Ian & Felicity Ramage.

Also making an appearance on the water, but not racing was Stephen Corcoran with his newly press-ganged crew of Robert Pride.

Martin won the first race and Rob won the second. (But Martin was sailing with a detached tiller extension in the second race) 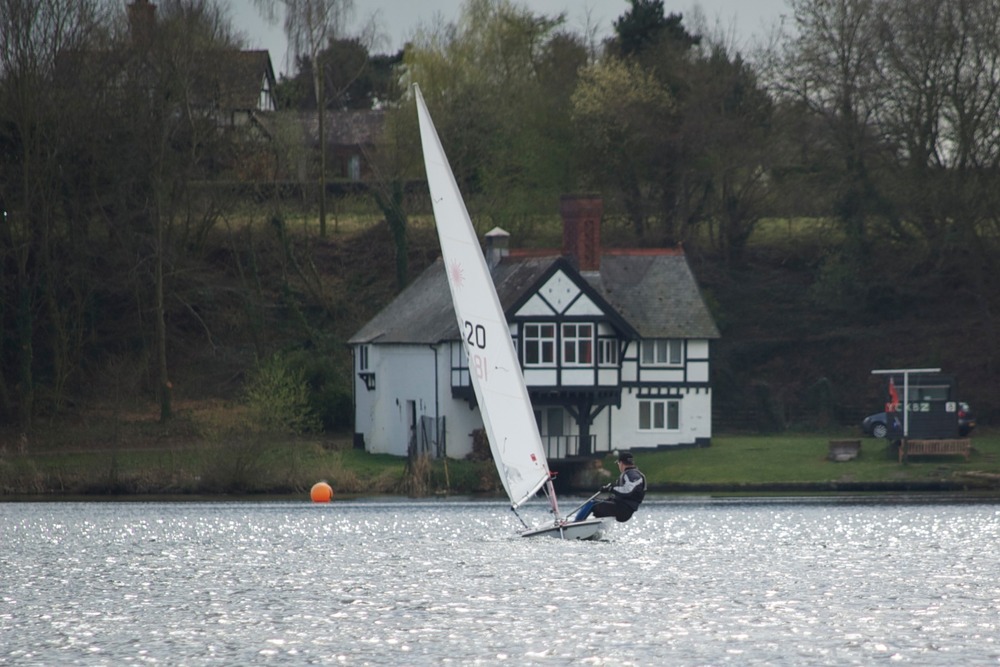 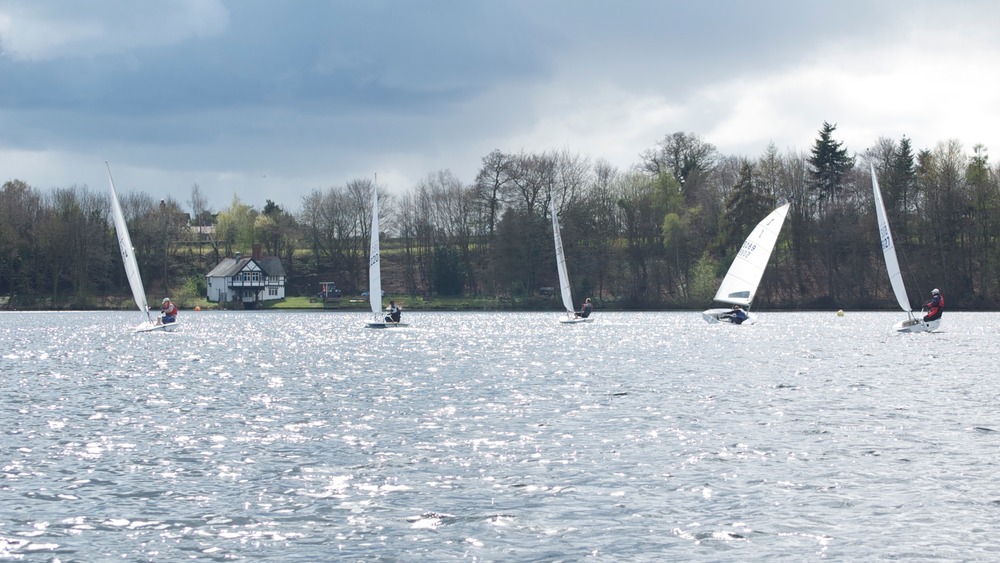 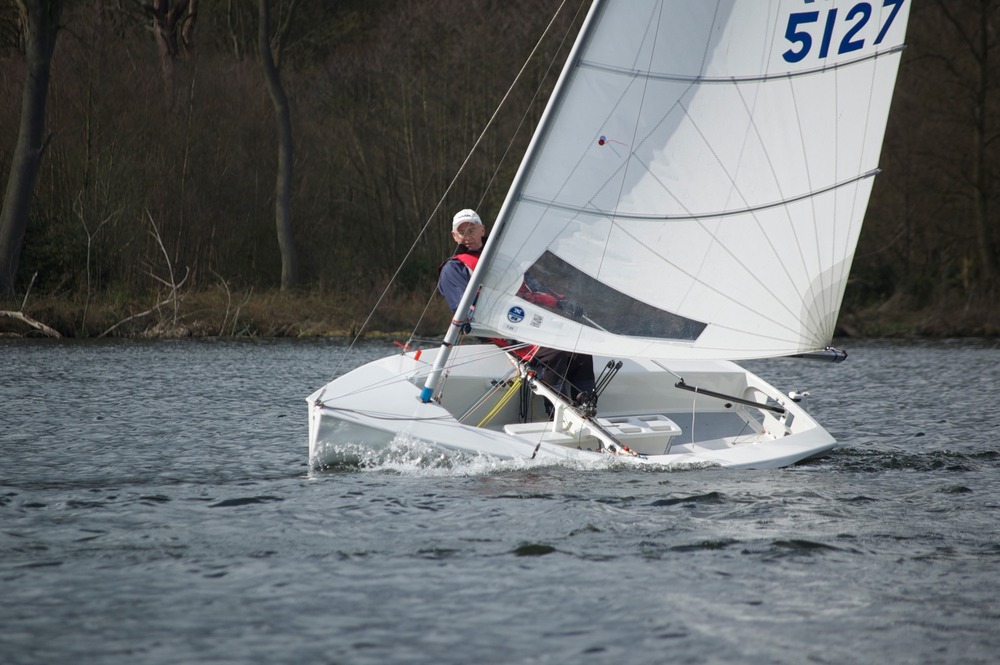 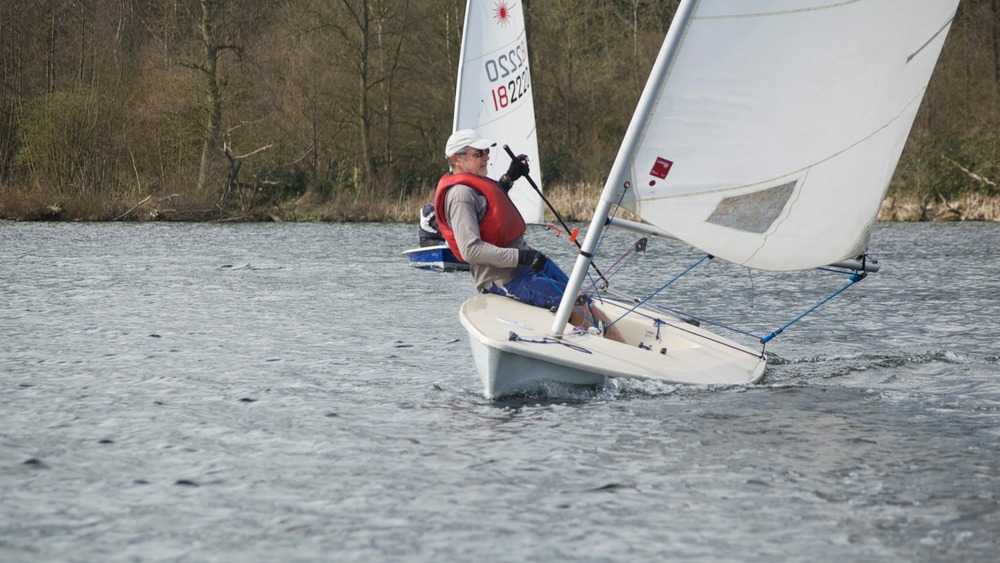 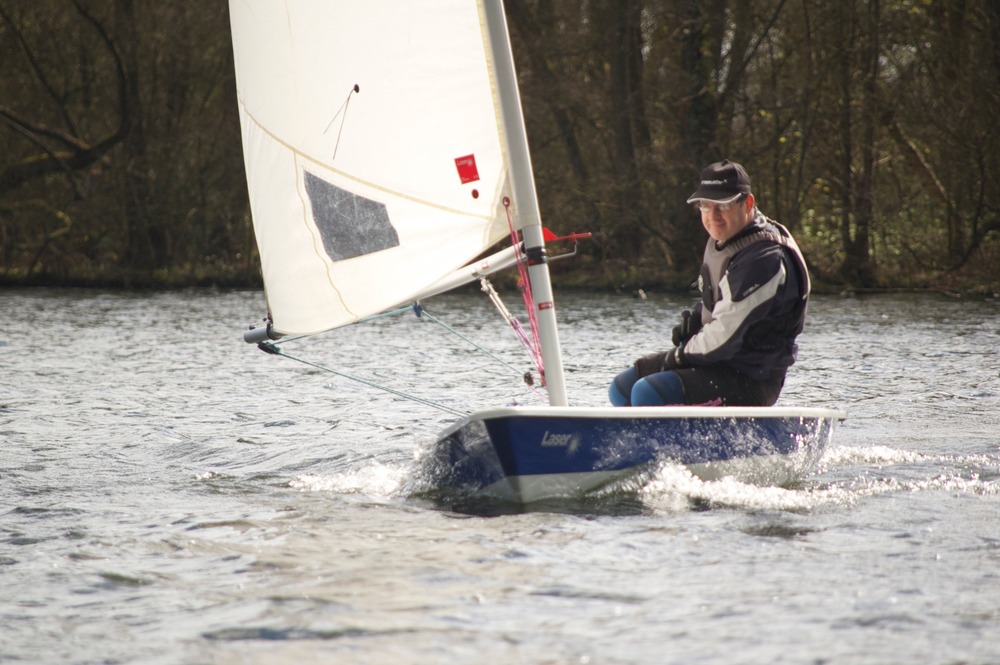 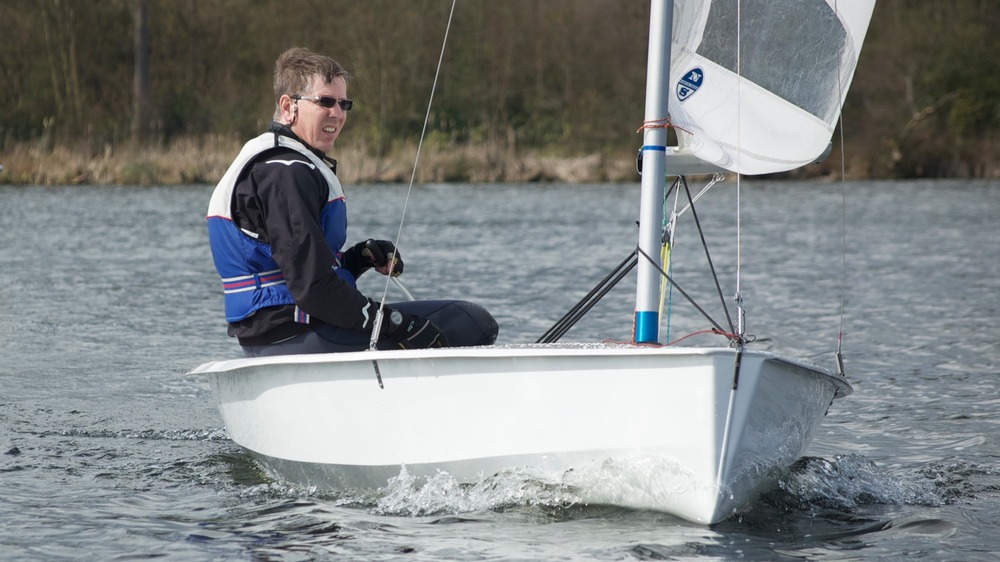 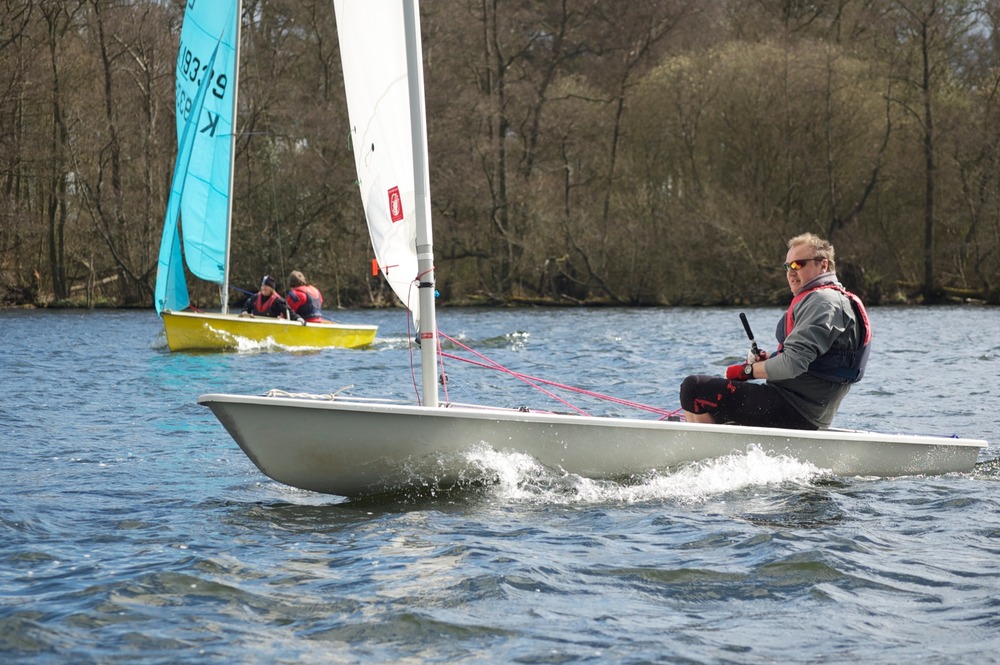 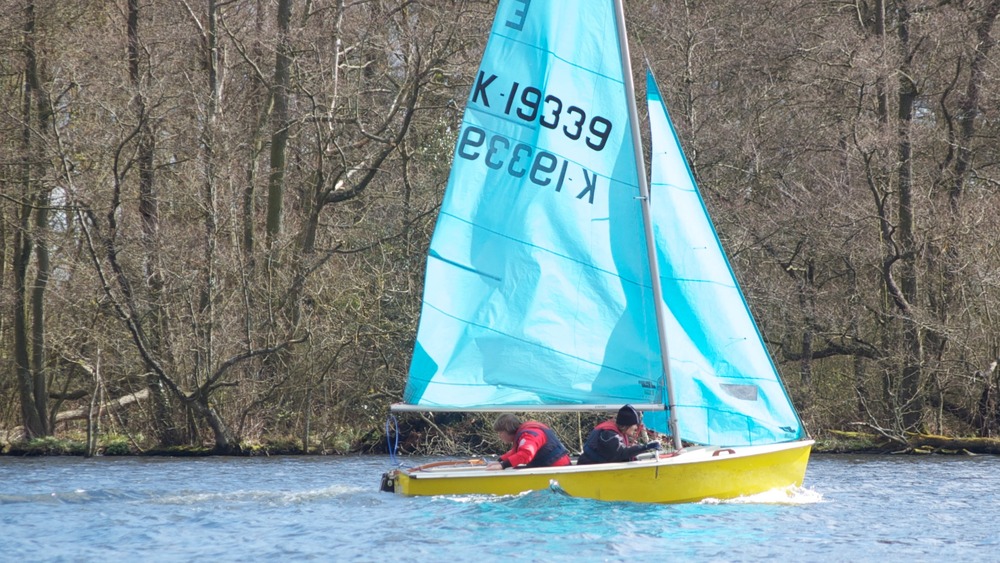