Paul B
Sunday 30th May looked a nice enough day, but at 11.00 am there were very few people at the Club – where was everybody?  Just because it was a little breezy with white capped waves charging straight down the Mere, and in the boat park itself the boats were ‘singing’ to each other, it appeared that people had been put off.
It is now clear that in this Club there are men (and women), and then there are real men.  Martin Cushing, Pete Williams, Matt Gilbert and Paul Bullock are now officially ‘real men’ (although Paul is slightly doubtful because he inexcusably put a child’s sail on his Laser rather than the proper one!).  Where were the other Sunday regulars?  We know that Mike Harris was pretending that he had to do the honourable thing and help with OOD duties, but Captain Sears (what kind of example was this?) and Messrs Brain, Farrington, Edmunds, Millington, Murphy etc were all distinctly not there!
However, a little bit of breeze was never going to discourage the real men, and so off they set for a race.  Not much  of a race really because Martin demonstrated that he was the only one who really knows how to sail and lapped everyone else, Matt and Paul had a bit of a tussle for the first half hour until Matt decided to let Paul win, while Pete ‘lurked’ behind the others, waiting for them to all fall in so that he might snatch victory from the jaws of defeat.
Any lingering limpets and weed were quickly washed from the hulls as the four gallant sailors charged around the Mere with disaster never seeming much more than a couple of seconds away – how do you slow a dinghy down charging along at 35 knots towards Capsize?  And how do you keep going when after 20 minutes you no longer even have the strength left to pull the mainsheet in?  Well, of course, in case you missed it above, these sailors were real men, and so on they fought into the teeth of the gale, impressing the onlookers in the Country Park, or at least those who hadn’t been blown over.
Incredibly, there was only one capsize during the race, even more incredibly, it wasn’t Paul.  Pete’s lurking tactic finally ended in failure with him doing an excellent demonstration of how to sink a Solo stern first .
Paul Bullock’s traditional comment ‘it’s not the winning that counts’ was never truer than it was on this day, all four REAL MEN were winners, although Martin was just that bit more so.
Having completed the race, getting back to the shore without ending half way up the beach was an interesting challenge, with Matt deciding that the best way to do it was to spectacularly capsize about 4 yards from the shore, but he didn’t care because by some miracle he was still alive!
Having completed the race and demonstrated that they were Real Men all four decided, very reluctantly, that they had better go home and check they hadn’t left a saucepan boiling on the stove.
Matt Gilbert
Pictures courtesy of Paul Salisbury 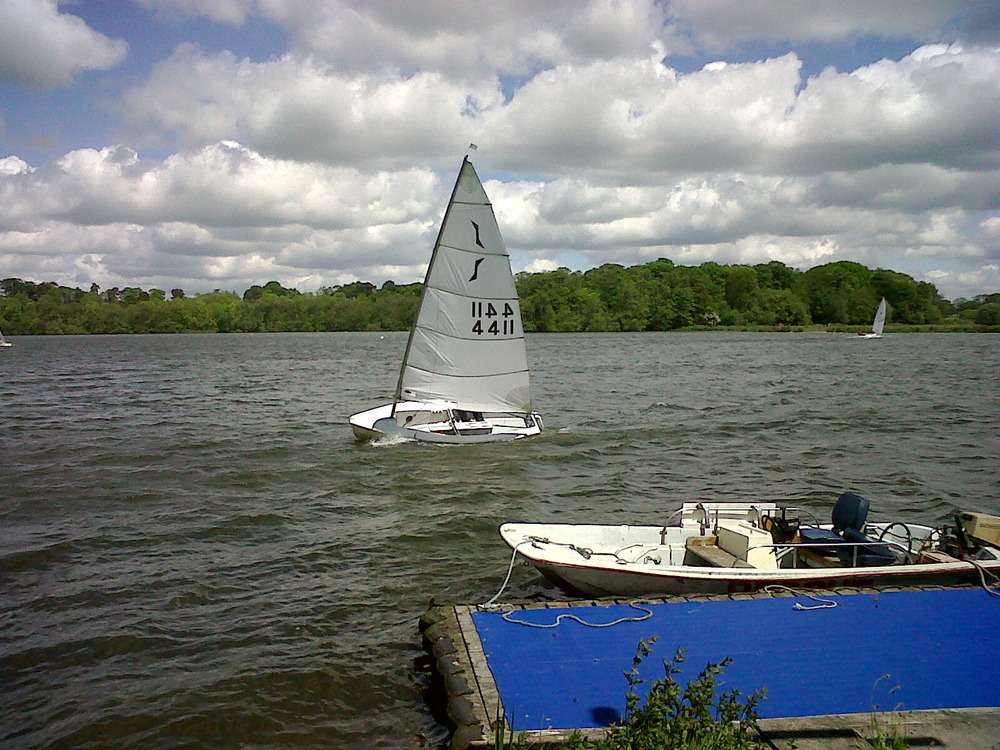 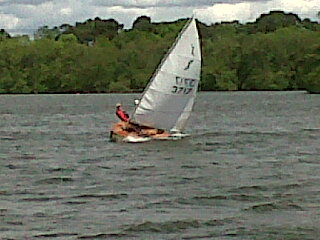 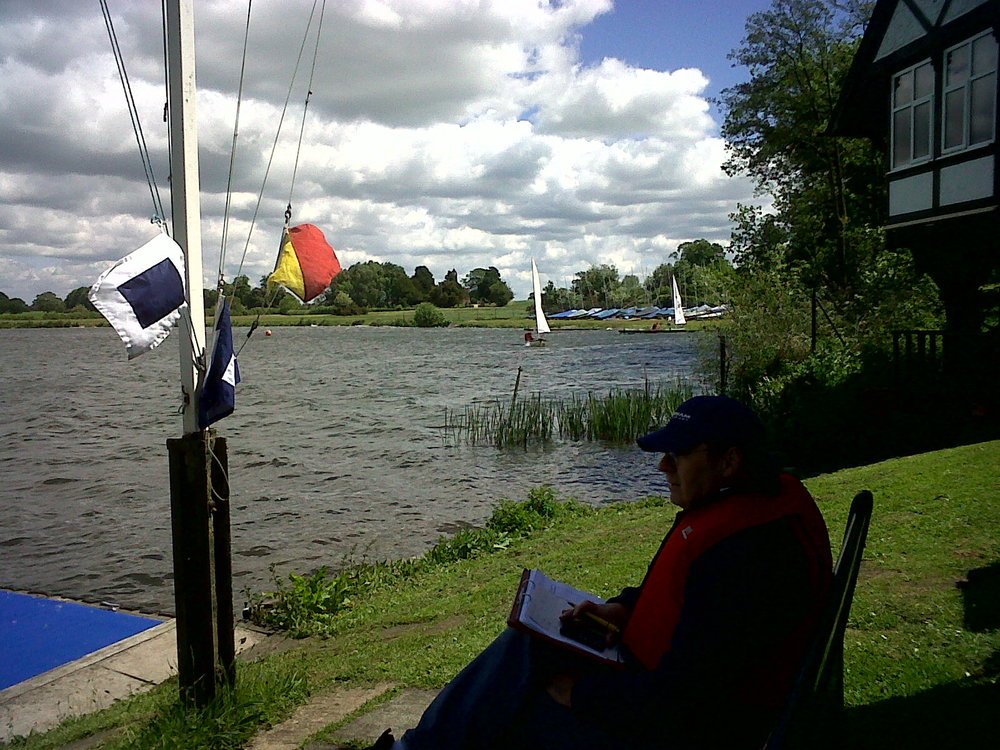 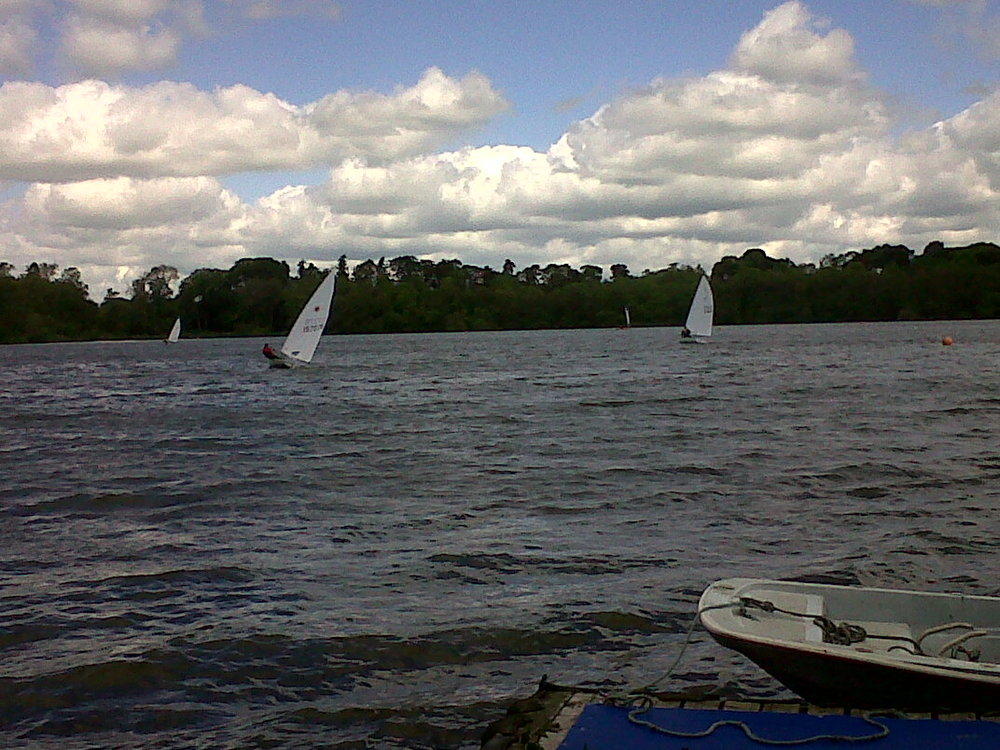 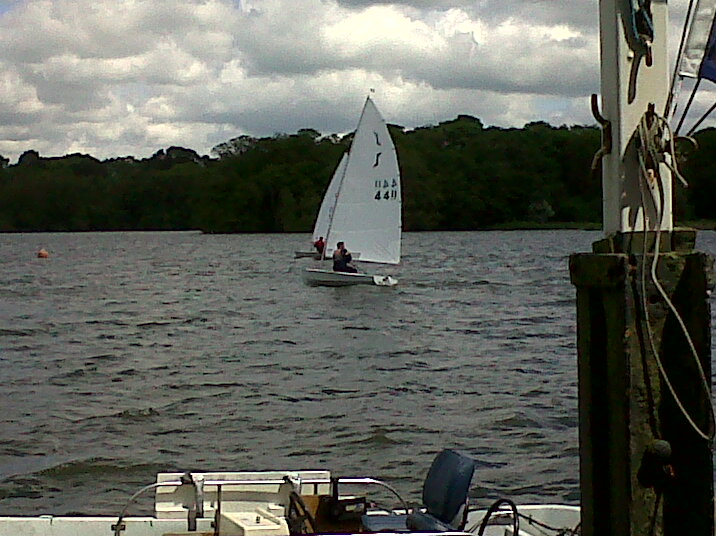 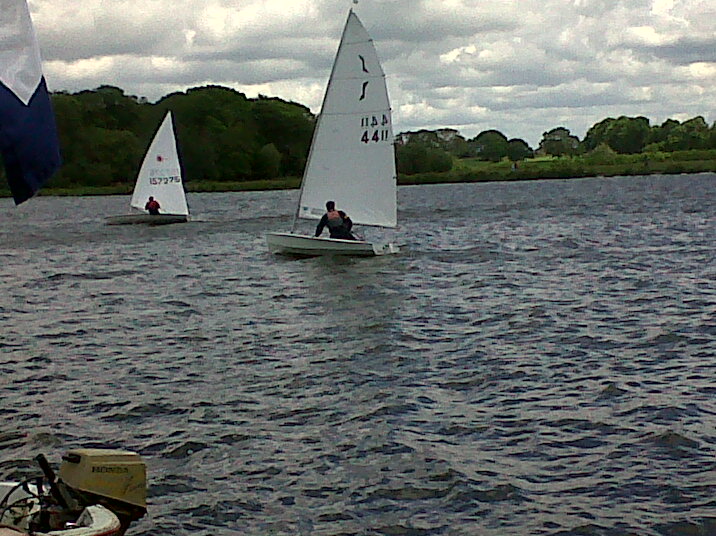 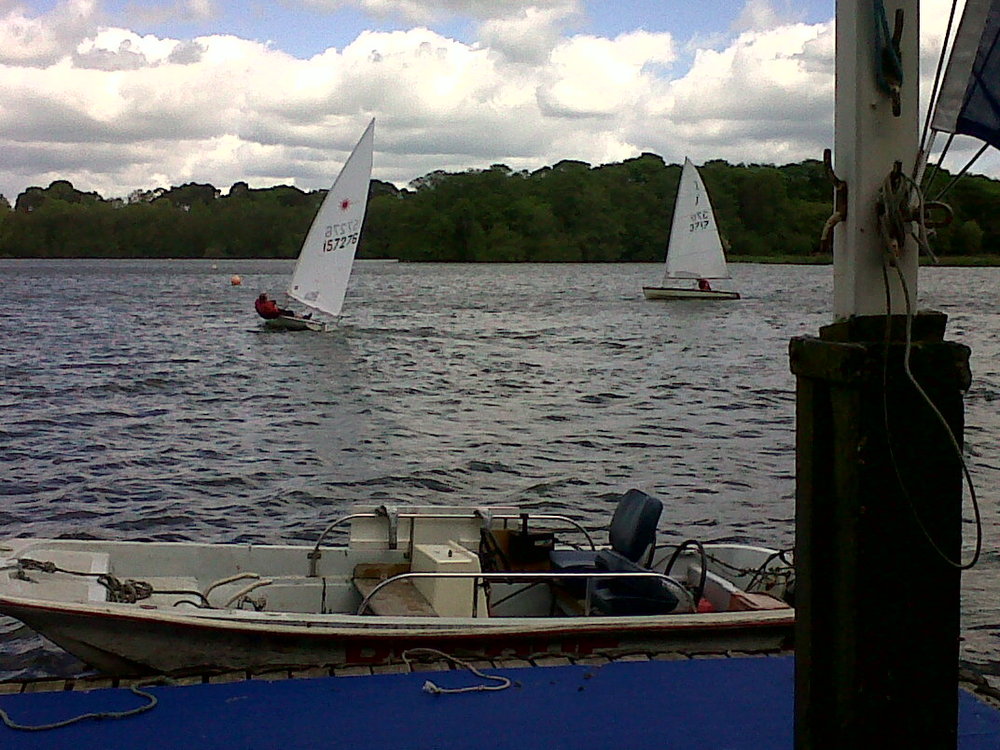 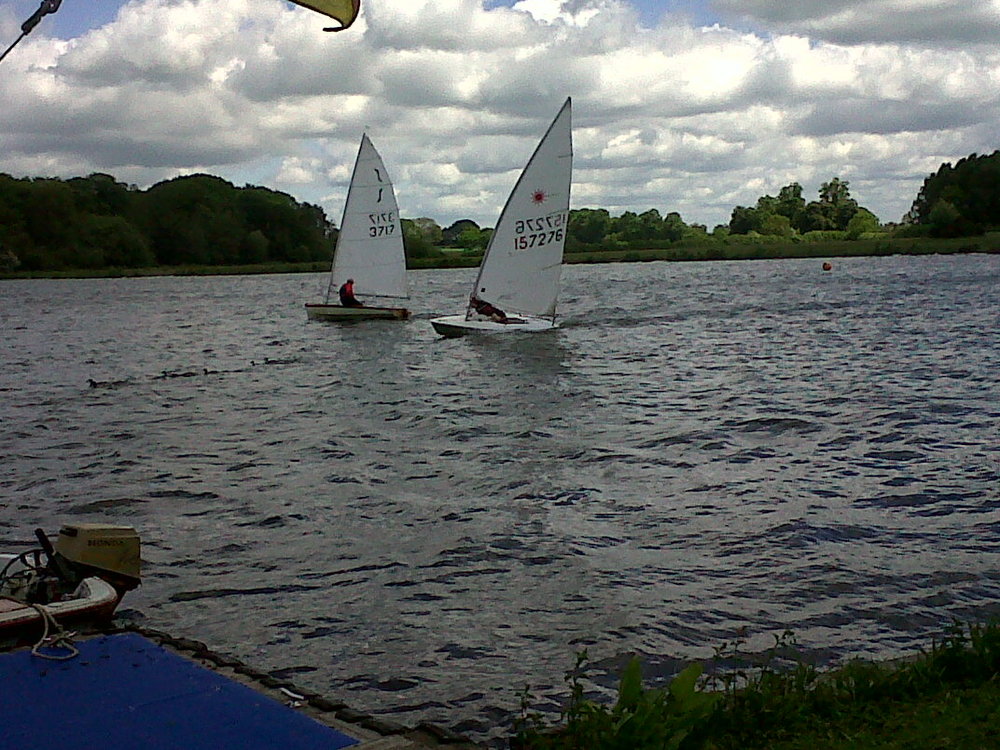 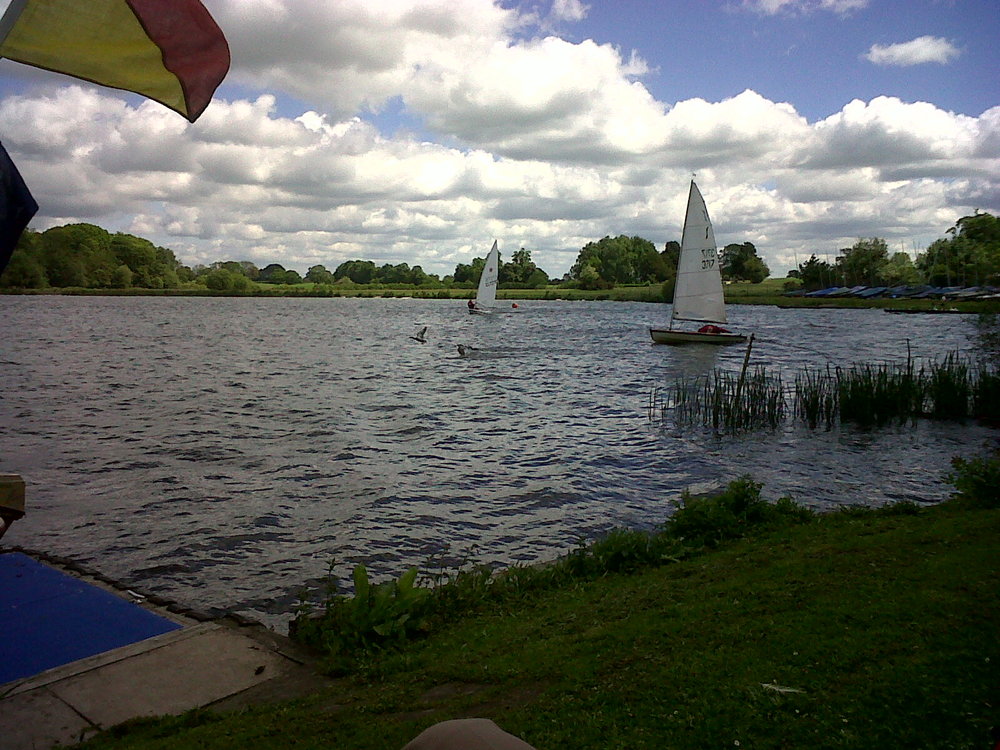 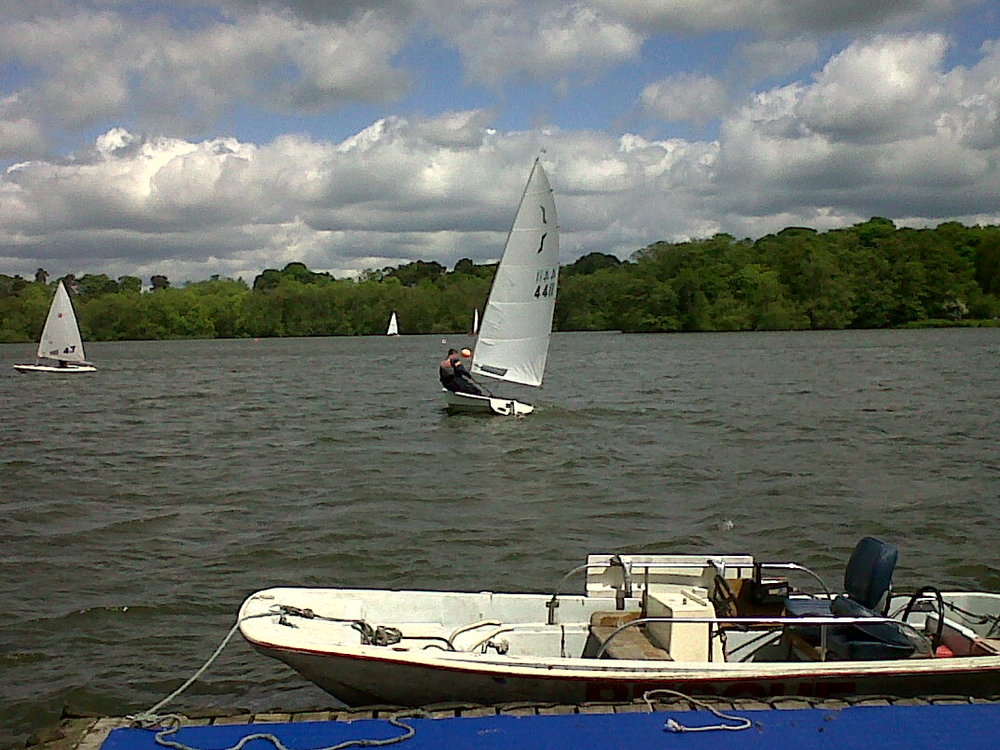 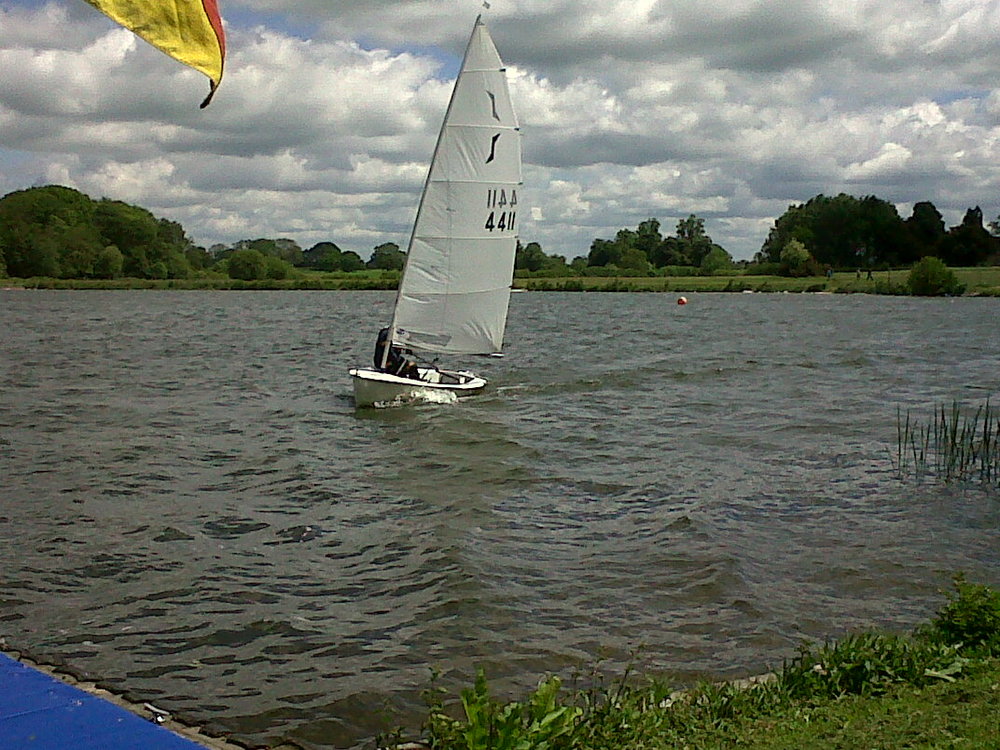 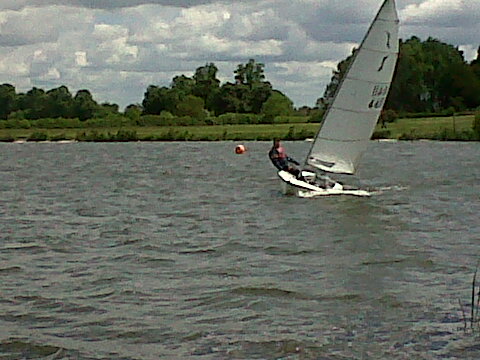 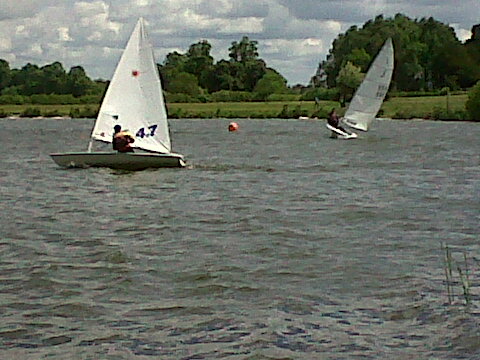 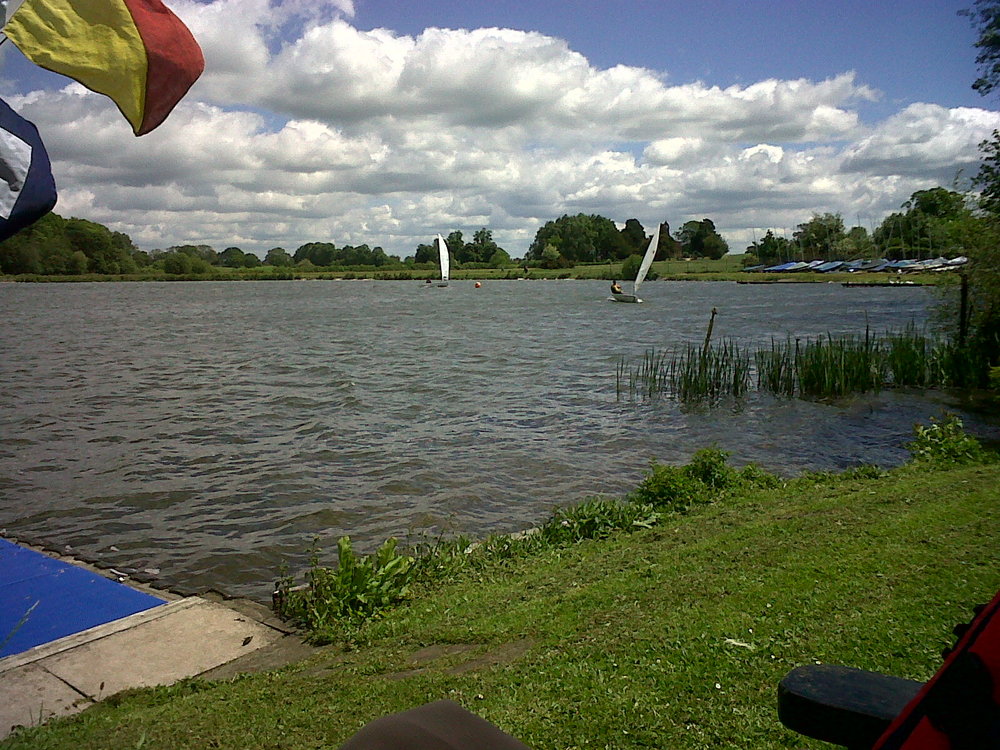 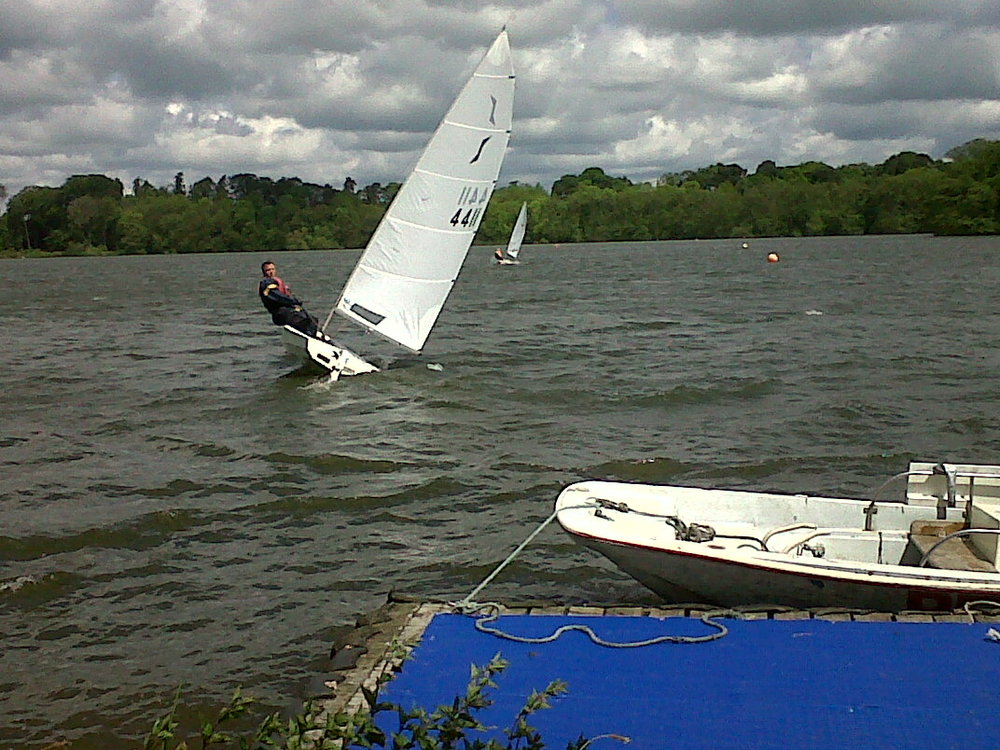 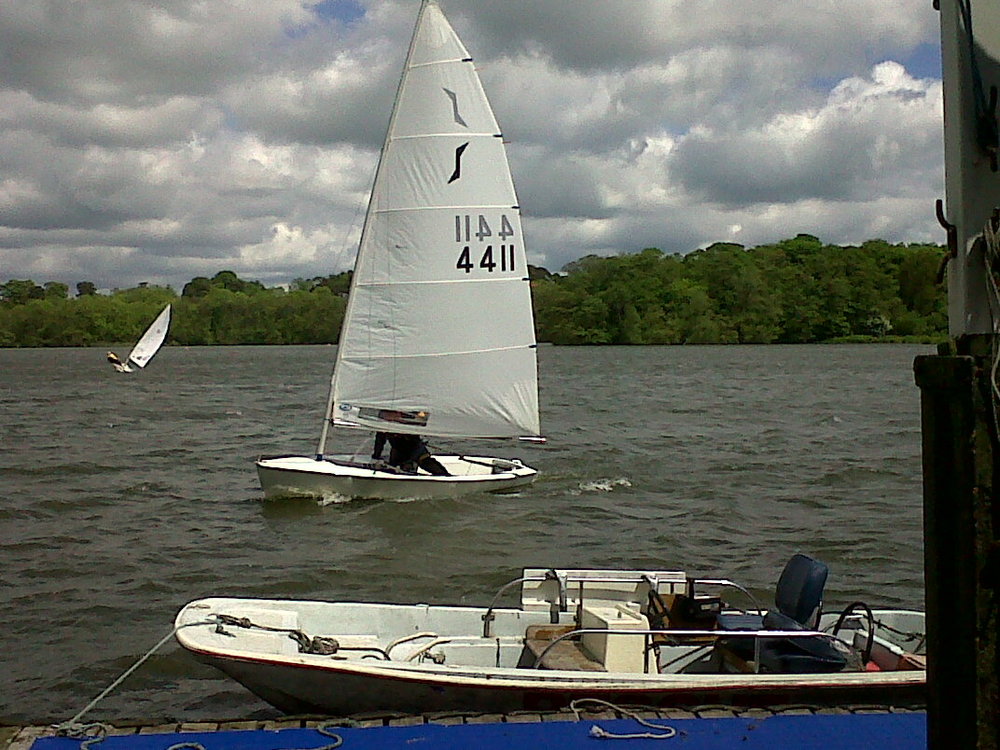 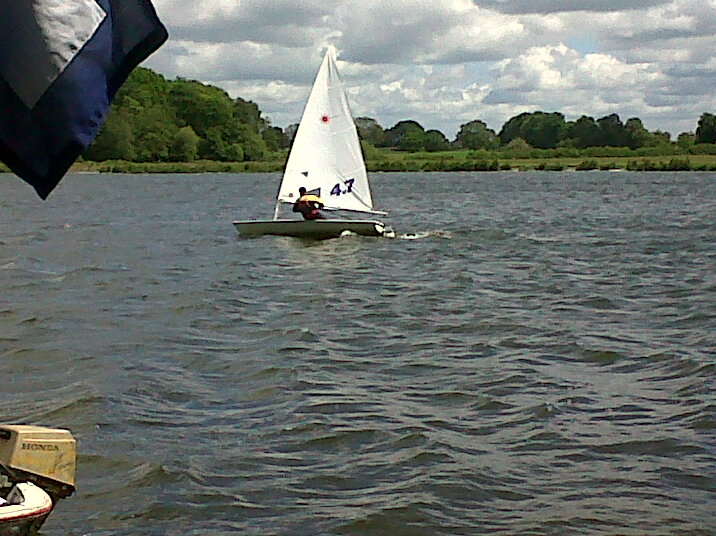 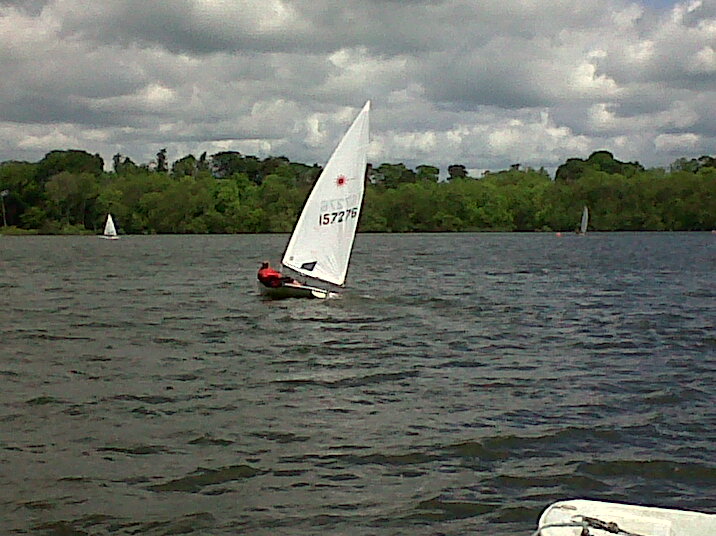 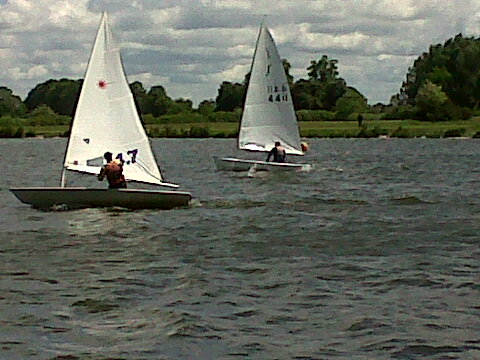 2 comments on “A Very Windy Day”