A report and pictures from duty officers Bob & Clare Harland

Conditions for Sunday’s race were fair for December – heavily overcast, cool with rain threatening. The breeze initially around 10knots dropped a few minutes before the start – forcing a hasty new course to be issued by OODs Bob and Clare Harland.
Six dedicated contestants lined up for the start – Lasers; Paul Bullock and Mike Harris, Solos; Matt Gilbert, Hugh Farrington, Pete Williams, Rob Sears.
The rain duly arrived and although the wind picked a little mid way through the race as the hour approached the wind was beginning to fall away. Rob Sears steadily gained the advantage over Hugh Farrington to win the race.
After lunch the wind had given up and so the second race was abandoned. 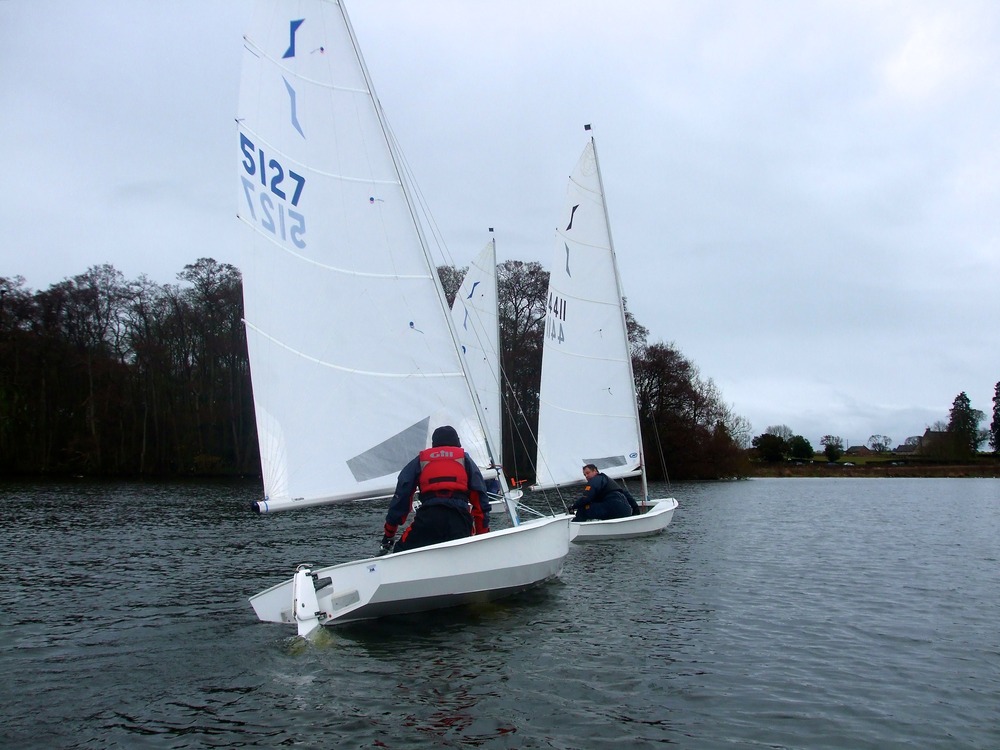 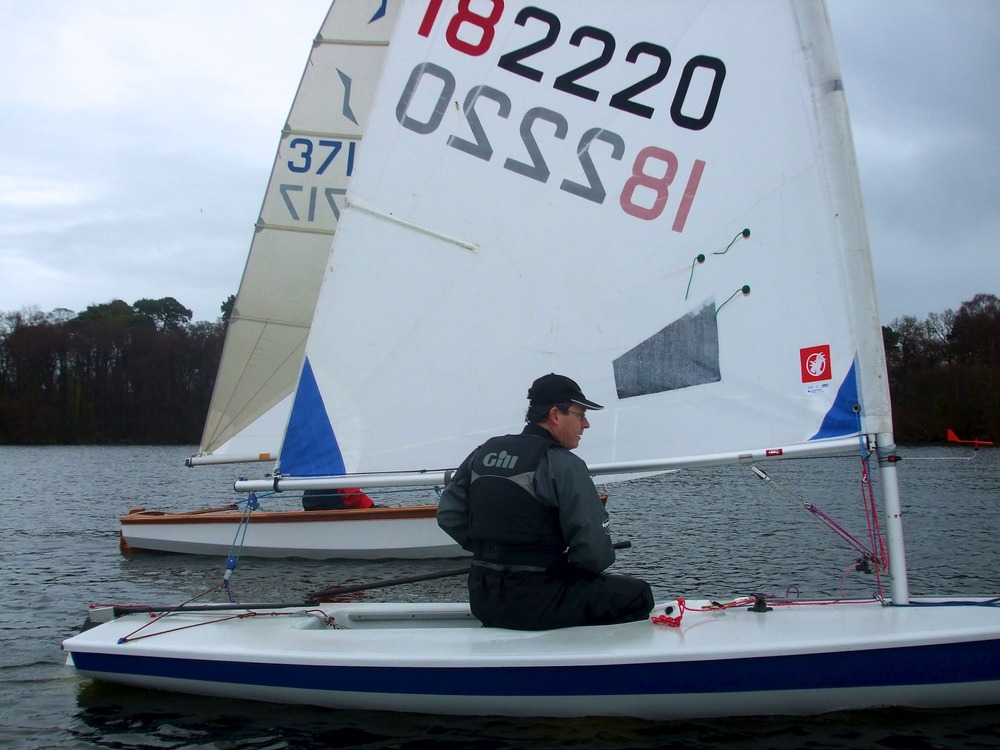 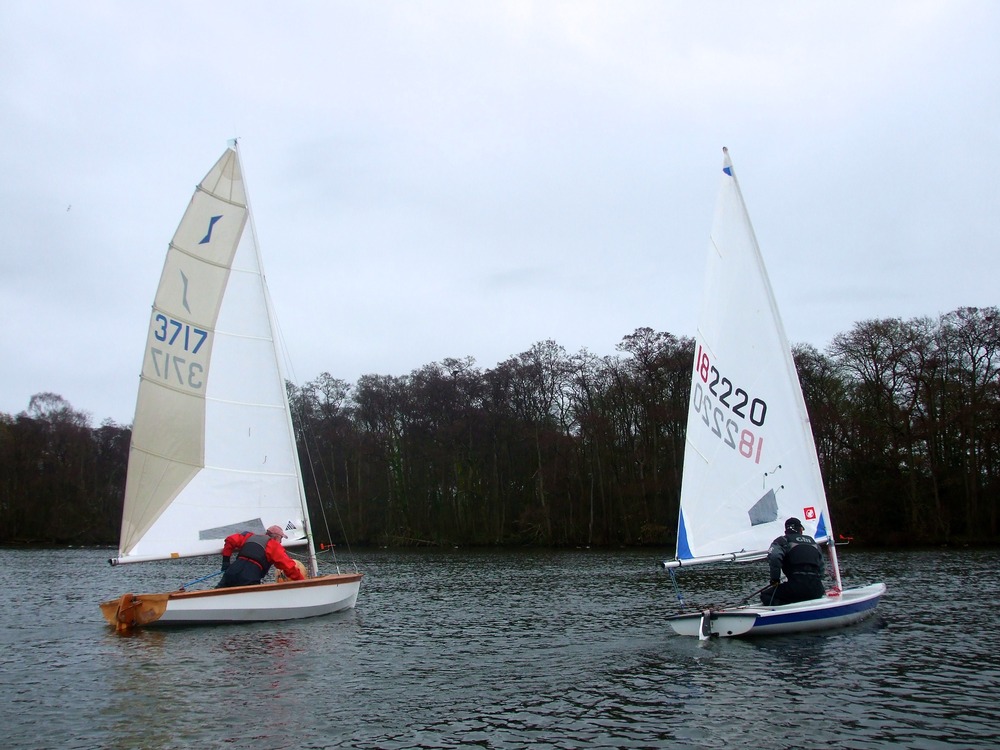 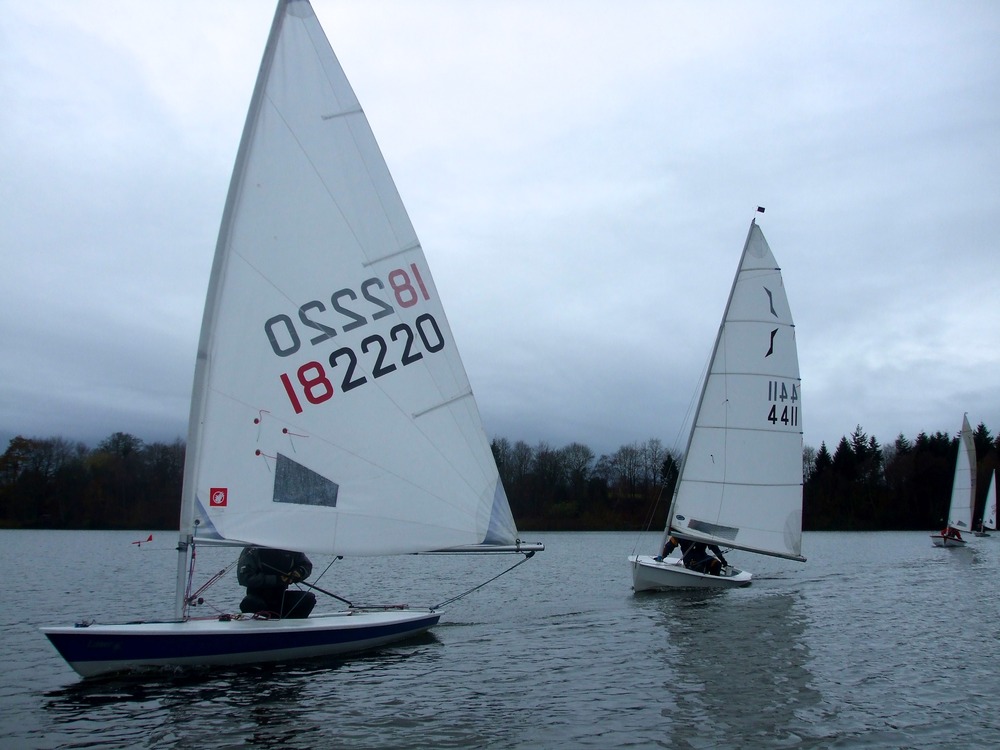