On arriving at the Club on Sunday the wind seemed surprisingly strong. Some sailors, who I won’t name, (one was Hilary Harriss’ son and one was her husband)) elected to sail with the smaller 4.7 sails on their Lasers. Others competing on the day were Steve Murphy with William as crew, Matt Gilbert, Rob Sears, Peter Williams, Hugh Farrington, Martin Cushing and myself.

Duty officers John Clark (the younger) and Mel Checketts set the course and 7 of us competed in the first race. Rob won, Tom second and myself third.

After lunch we had 2 more races with the wind strength and direction altering quite a bit during the afternoon. Martin Cushing won the second race with Rob coming second that time. Rob had decided that perhaps he needed to test the buoyancy of his new boat so tried a capsize. This must have slowed him down a bit.

The third race also provided a bit of spectator entertainment for the Easter Sunday strollers around Colemere. I had my first capsize of the season and I think Tom had 2, who was now sailing with a standard sail on his Laser. Tom’s second capsize was quite dramatic and to my advantage, moving me from 4th to 3rd place. Rob won again and Martin was second.

A selection of pictures taken by Hugh Farrington during the first race. 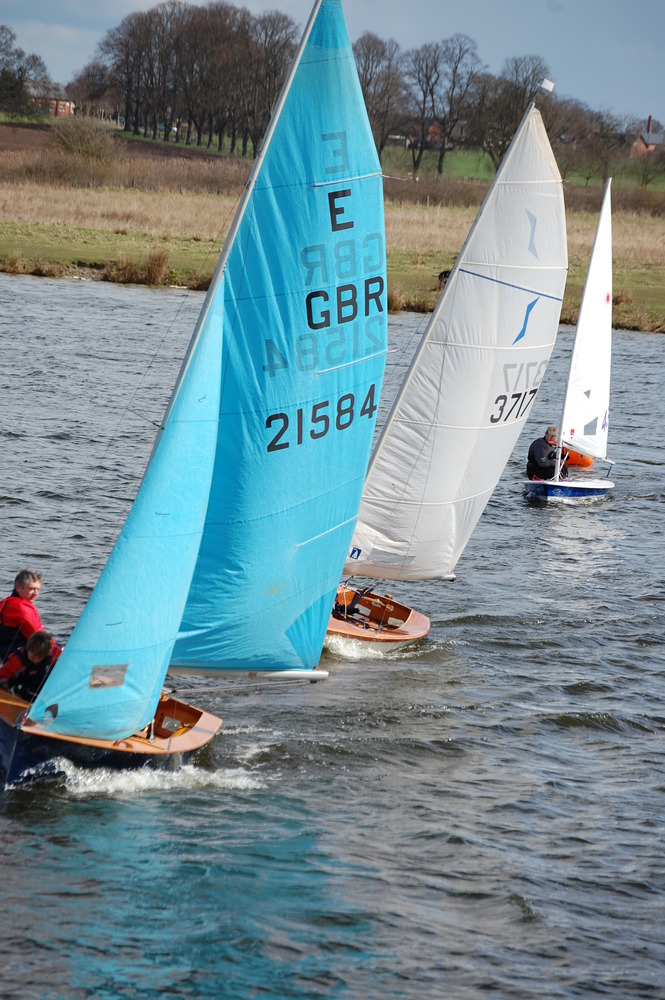 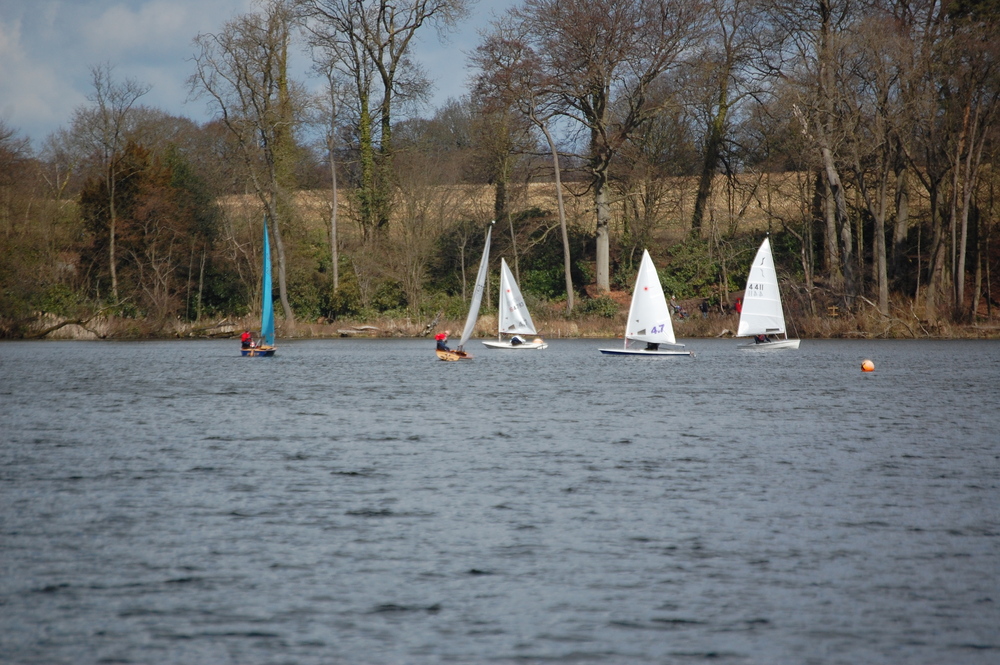 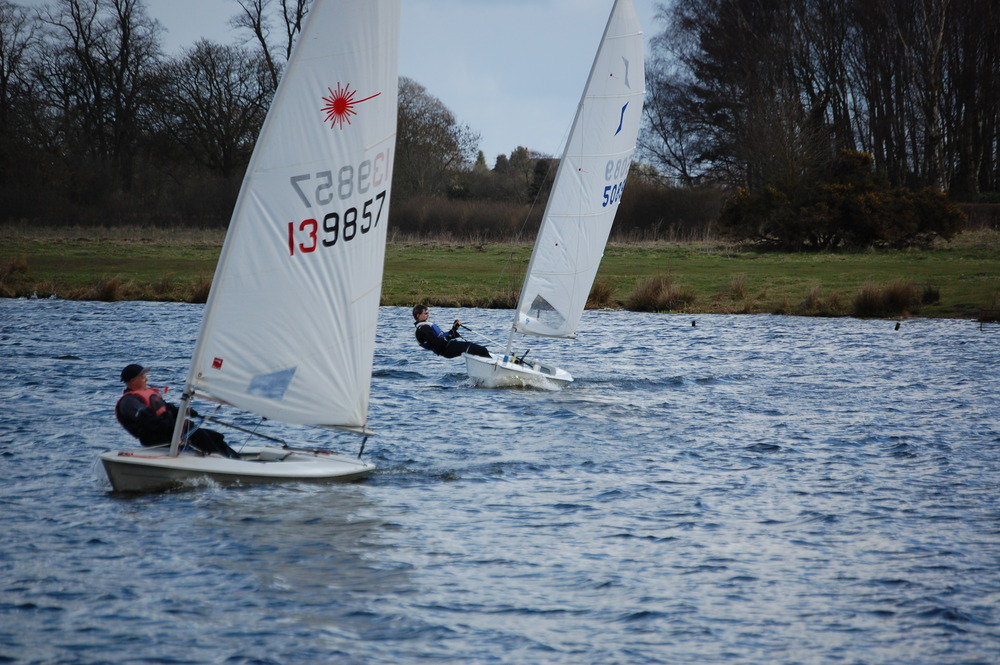 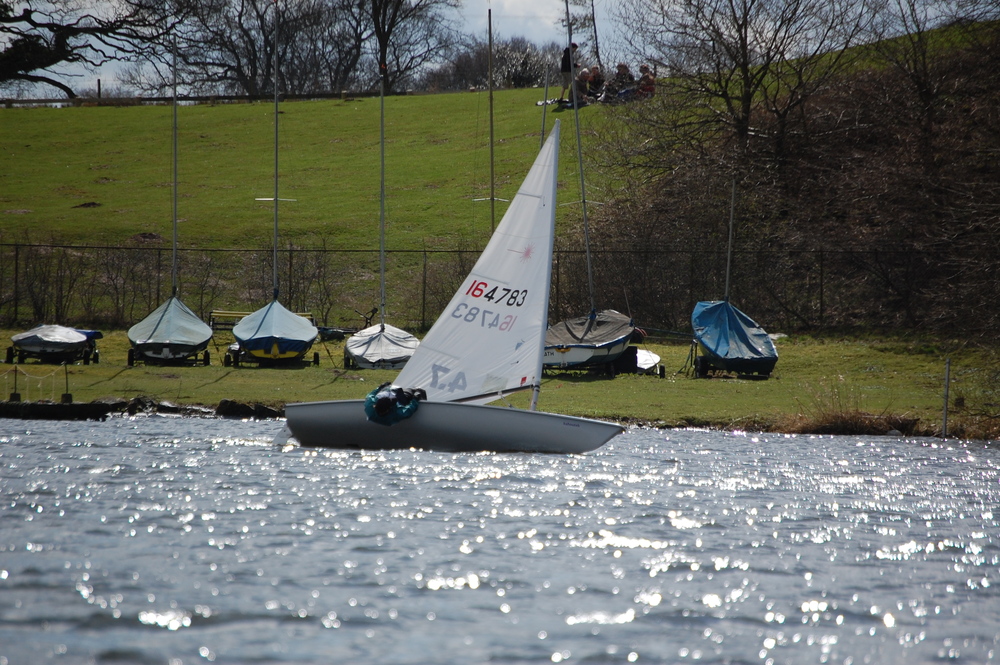 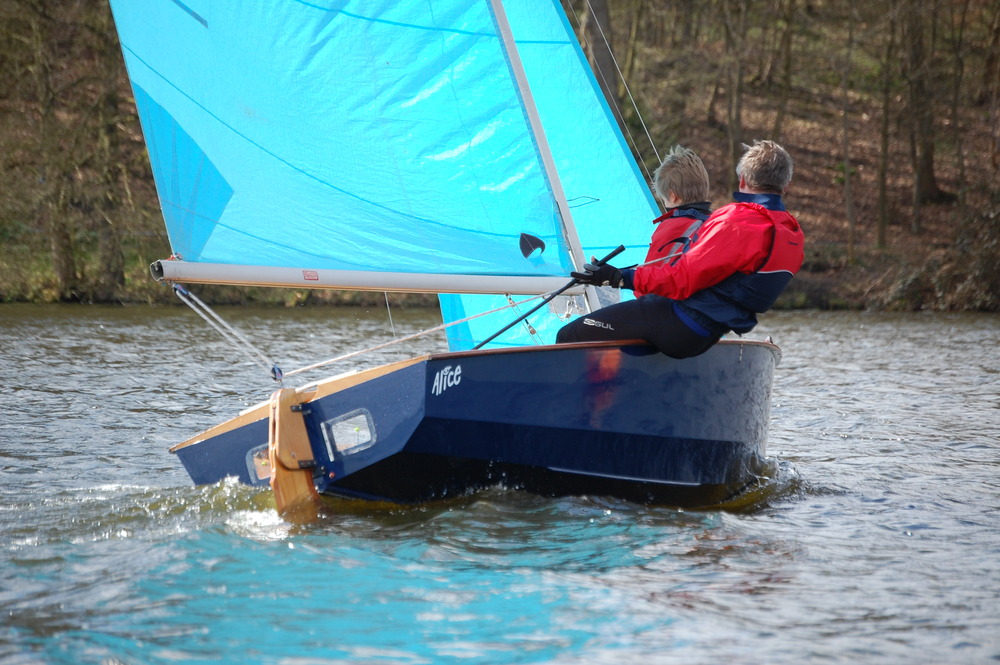