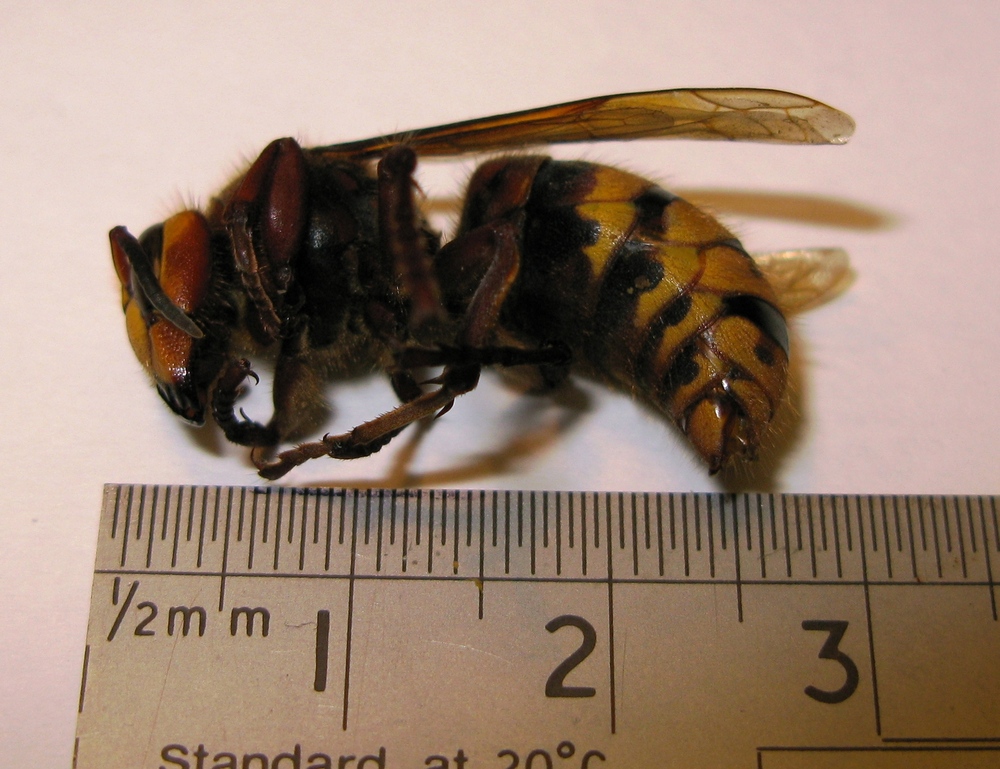 What’s this got to do with sailing?

Well, when Mike Harris (accomplished Laser sailor, and father to top Laser sailor, Tom) went to investigate strange noises eminating from his loft, this is what he found.

Tom captured the picture above, placing the insect next to a 3 metre rule. You can see the true size of the scary specimen ! At least I think it is a 3 metre rule ? The hornet will be starring in the next episode of Doctor Who.

Not put off by one scary encounter, Mike and Tom then went sailing on a windy day at Colemere.

Ist race in the Snowflake Series.

Myself, Mike H and Tom all sailing Laser Radials and all capsizing, some more than others. No names mentioned, but those who did the most of the capsizing, names ended in Harris.

The second race wasn’t sailed but new member Rex Carson with two of his youngsters as crew, reefed the sail of their Wanderer and had what looked like a very enjoyable sail. Tom also tested the conditions and in hindsight we all could have sailed in a second race.

The time wasn’t wasted and with a bit of assistance, Bosun Peter Williams, removed a bit more silt from under the boathouse. The sandbags were removed allowing us to flood the “dry dock” and although the water level of Colemere is still very low, we managed to get the rescue boat back into its secure normal position. 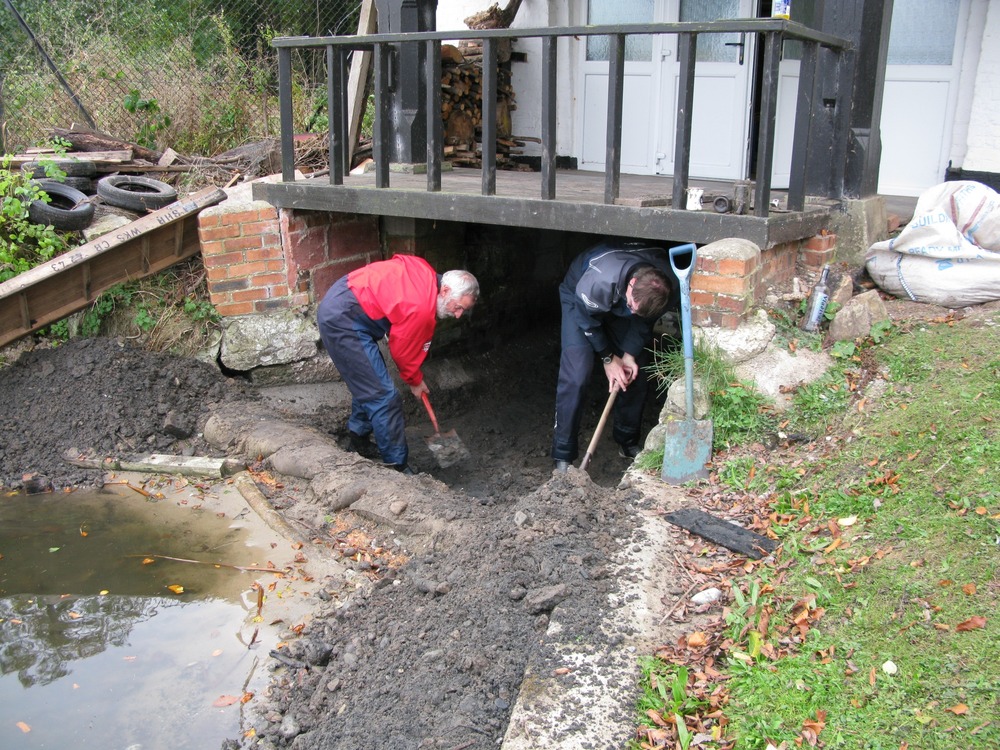