As some of you may know, one of my sons managed to get some tickets for the Olympic Sailing down at Weymouth, and not knowing anything much about sailing, managed to book the Sunday of the Finn medal race. He asked me about a month ago whether I would like to go with him, and after thinking hard for about 2 seconds I said yes. It was a glorious day, and you could feel the buzz about Weymouth as we walked from the station towards the Nothe, where the main spectator park was situated. We got there about an hour before racing started and watched as the place filled up with many Union Jack flags and other national colours on show. It was a bit of a disappointment to see the guys in the Star class losing out right at the end of their medal race. Silver is still pretty good, but you could see that their plan to block their nearest competitor backfired, when the Swedish boat finished in first place to take the gold medal spot. Next up was Ben Ainslie in his Finn class. (You perhaps see why it is called the Finn when you see the shape of the centre board). He was already doing a dance with the Danish sailor at the start line and spent the whole race trying to keep him behind. I have now learned a lot about taking other boats wind, so all I have to do now is to learn how to get in front!! Anyway Ben’s plan also nearly failed since the guy from the Netherlands almost made it through to beat him to gold. If it had not been for his boom striking another boat just before the finish line, Ben would have got Silver. As it was the whole place erupted with loud cheering and it was great to sing Rule Britannia when he fired off his orange flares in front of us. I could go on and on but suffice it to say we had a great day out. 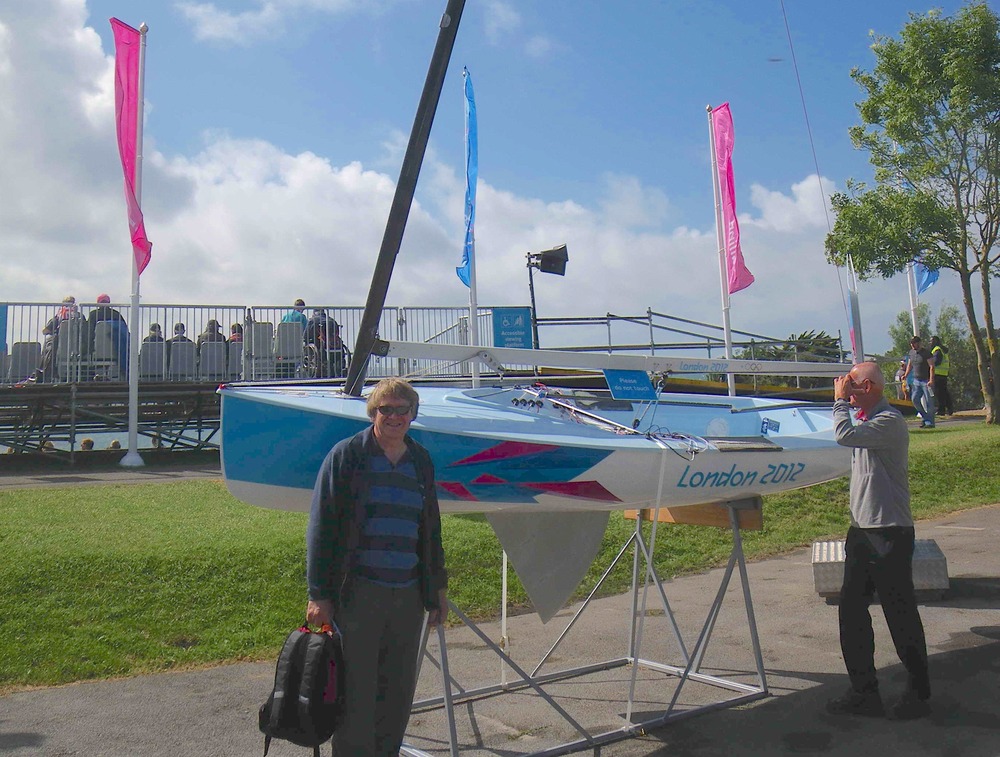 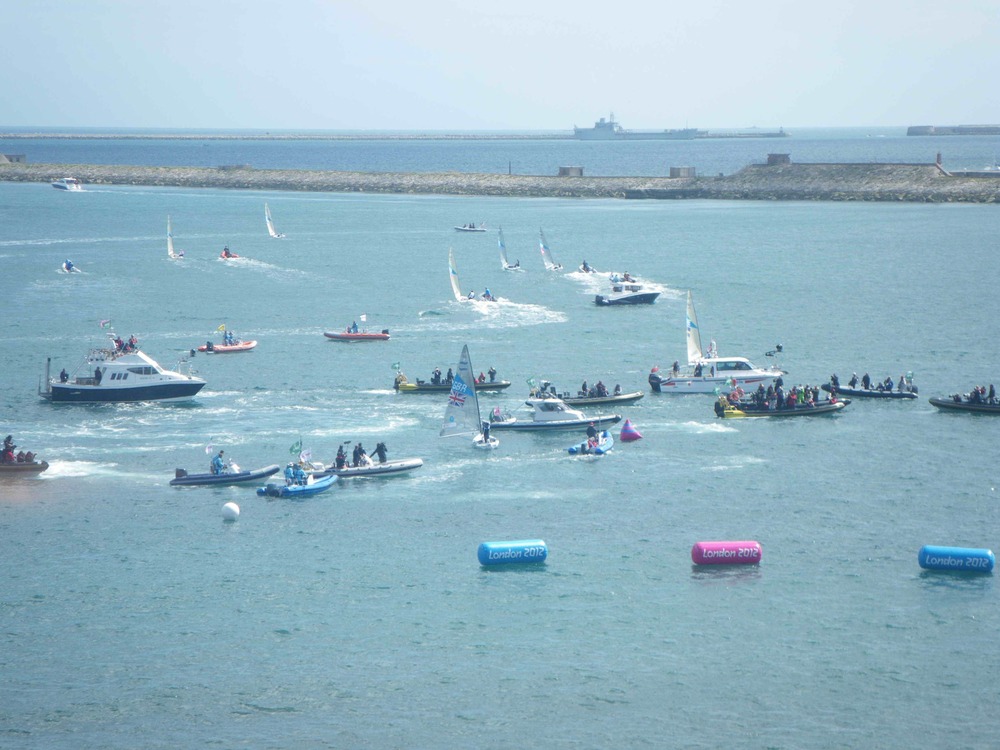