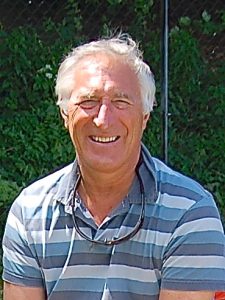 Such a shock to learn about the sudden death of Club Member and Treasurer, John Styles. From what I can remember, John joined the Club in 2003 (I think Club Membership and a boat were surprise 60th birthday presents from his family). There were lots of secretive emails at the time, passing between one of his sons and Nick Edmunds. Nick was organising things, on behalf of the Club and I think John’s family were also buying Nick’s Enterprise 14818 from him. In recent years John started to sail a Solo but I think he was most comfortable sailing his blue Enterprise, together with one of his sons. Besides John joining in occasional club racing, he and his wife Pam were great supporters of our social events.

In 2014 John volunteered and was elected Honorary Treasurer, he has been a tremendous asset to the Club. As a retired bank manager, he used his financial and organisational skills to great effect for us.

We will miss the John Styles smile. Our thoughts are with Pam and all the family at this sad time.