The last of the old rescue boats, the 13ft Dell Quay Dory,  has now been sold to Mr Andrew Irving, who has a property fronting the River Severn in Shrewsbury,  Andrew has recently returned from a long tour of duty in Afghanistan, where he works for an American company supporting the forces out there.   Thanks to Hugh Farrington, Steve Locke and other members of the club, the boat was delivered to Shrewsbury at very short notice and is pictured here forming the centrepiece of a combined homecoming and double birthday party. Andrew sends his thanks to everyone at the club. 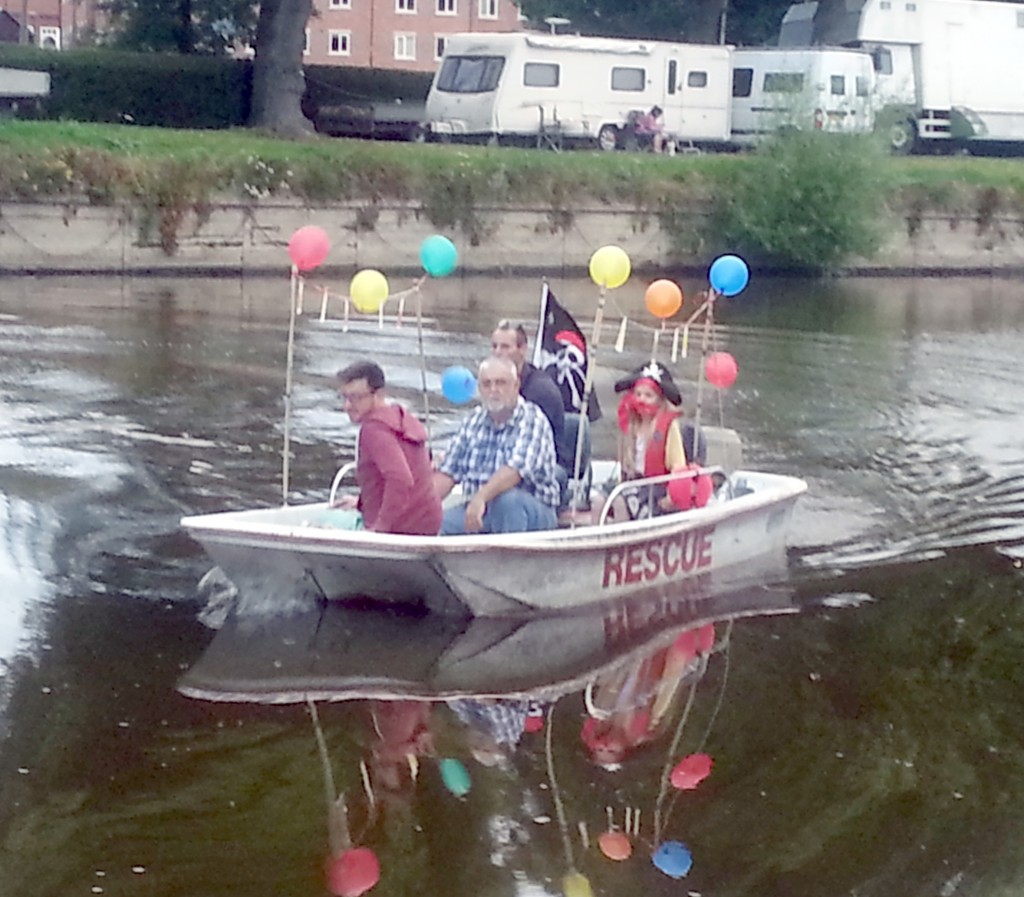