Sunday 18th July – mid July so should be warm, sunny with gentle light winds…….. maybe it was like that somewhere but at here it was overcast with that frustrating Colemere combination of flat calm on the clubhouse side of the lake and gusts hurtling over the trees to hit the water halfway across, building to a lively chop around Bay & Capsize. The first race started on a moving line due to poor anchoring technique on the rescue boat, added to which Stephen C in his Sea Hopper was having problems with his main sheet which we were trying to sort out at the same time as hooting hooters and taking flags up & down. This didn’t appear to phase the 8 contenders, many of whom had already had a dunking. The gusty conditions were testing, boats were tipping & flipping, Mike B and Tom H retired (though Tom then reappeared which confused our counting somewhat). Roy then stuck his mast in the mud and in attending to that we lost count of where everyone else had got to, but we reckoned that Nick E had won and no-one contested. Race two was a different route around the same buoys. Of 5 starters 3 had capsized at least once before the start (with a particularly spectacular number from Hugh). The start line stayed in one place & although several boats were upside down during the last count down everyone made a good start. Once they were away we got the flask out, but the gusts made tea difficult to drink due to waves in the mugs. Anyway we were soon distracted from that as Roy had his mast stuck in the mud…..and we lost count…..and as everyone was so tired, wet and frustrated, non-one really cared. Funnily enough there were no takers for race three. 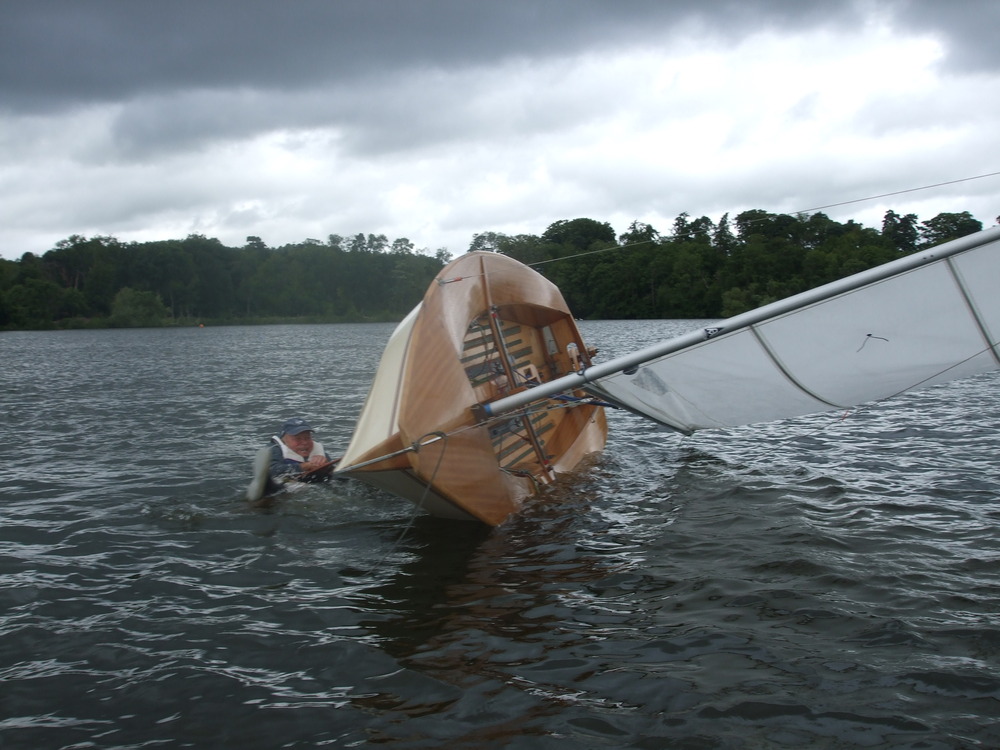 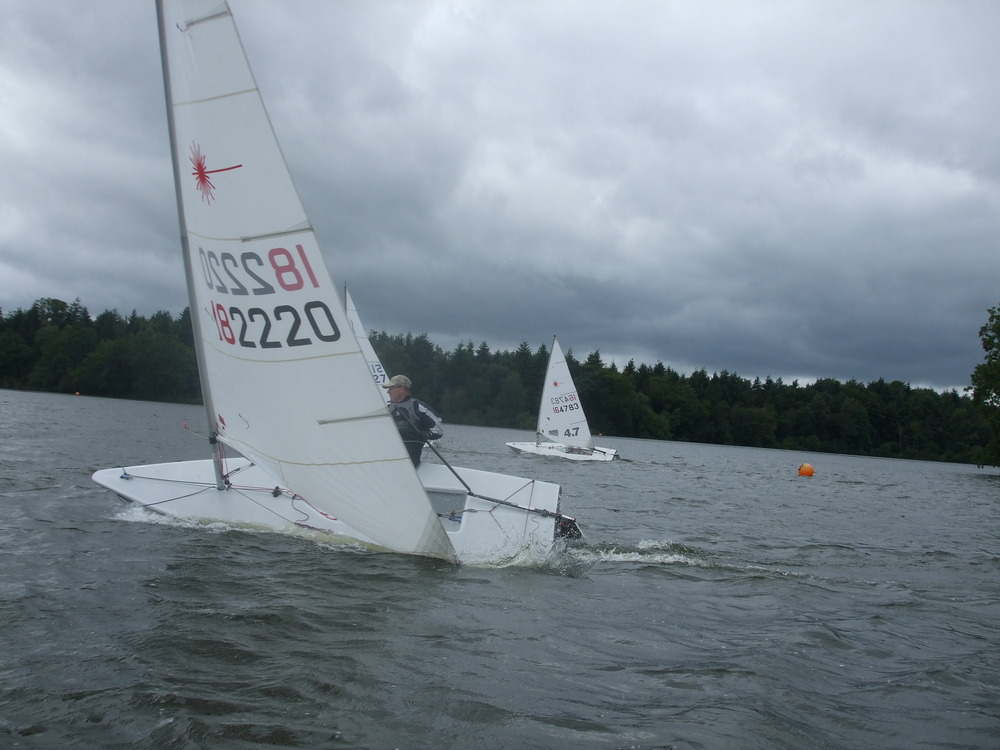 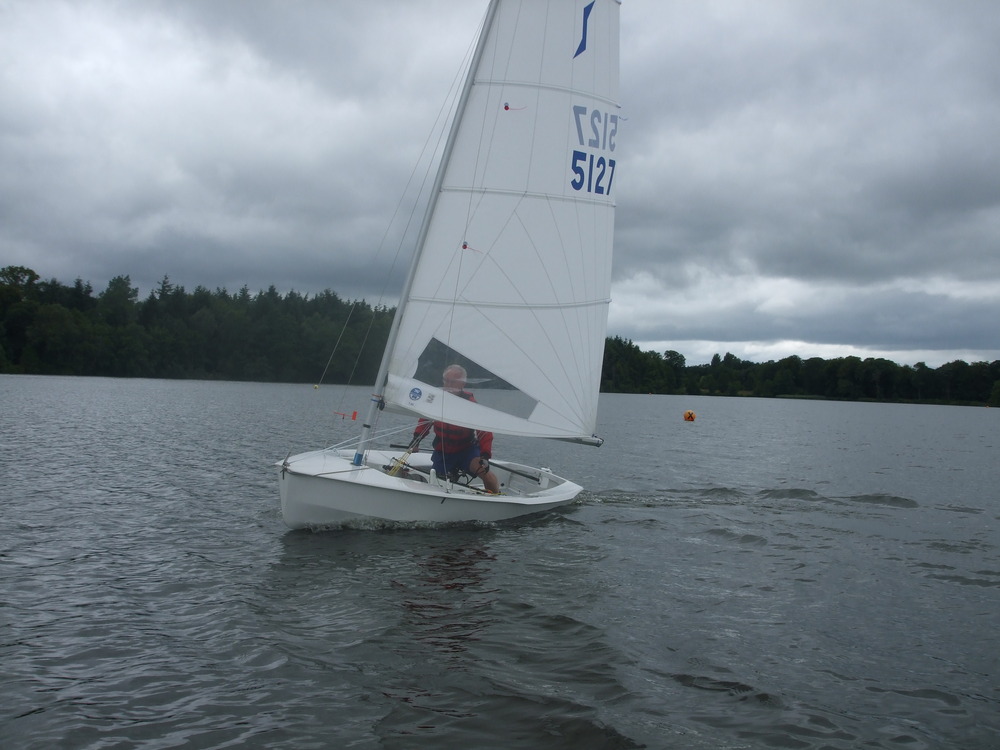