I was on duty today, along with Charles Miller and Andy Laing. The lake was half in wind shadow and the other half was fairly gusty conditions. Quite a few unintentional dips in the mere were taken by the sailors and a few had equipment failures. Of the dozen or so competitors who started the first race only four actually finished. Mike Brain, after suffering a halyard cleat failure on his Solo, helped us out manning the 2nd safety boat.

Only three brave souls started the second race. The Cushing family, represented by Martin in his Aero and Ryan in his Laser Radial. They were joined by Ian Taylor in his Solo. Unfortunately Ian’s tiller extension came adrift shortly after the start forcing him to head back to the dinghy park. That left father and son to battle it out. After numerous, but skilfully executed, dry capsizes, Ryan decided he had had enough and (I think, reluctantly) retired from the race. That left Martin as victor!

Here are some pictures taken by myself of the day, they don’t really tell the story. 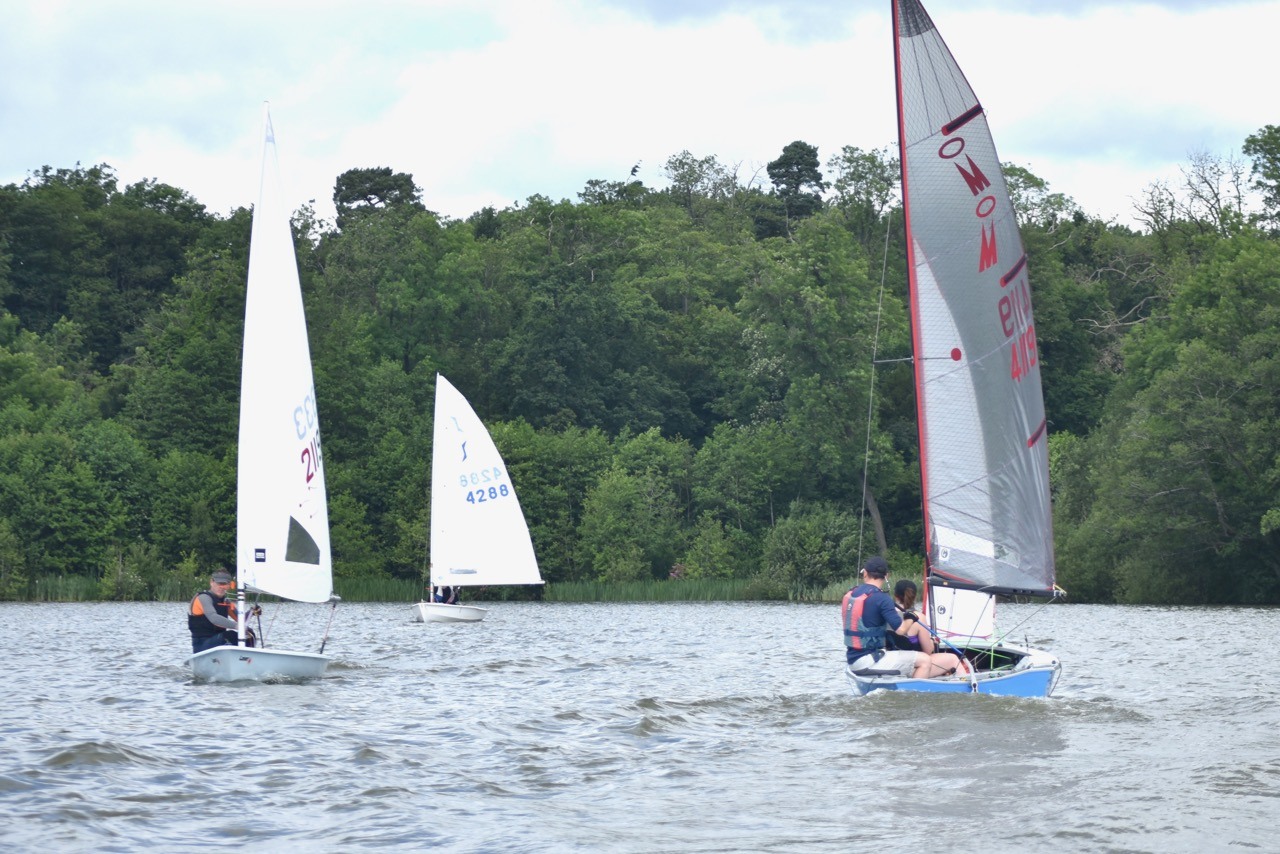 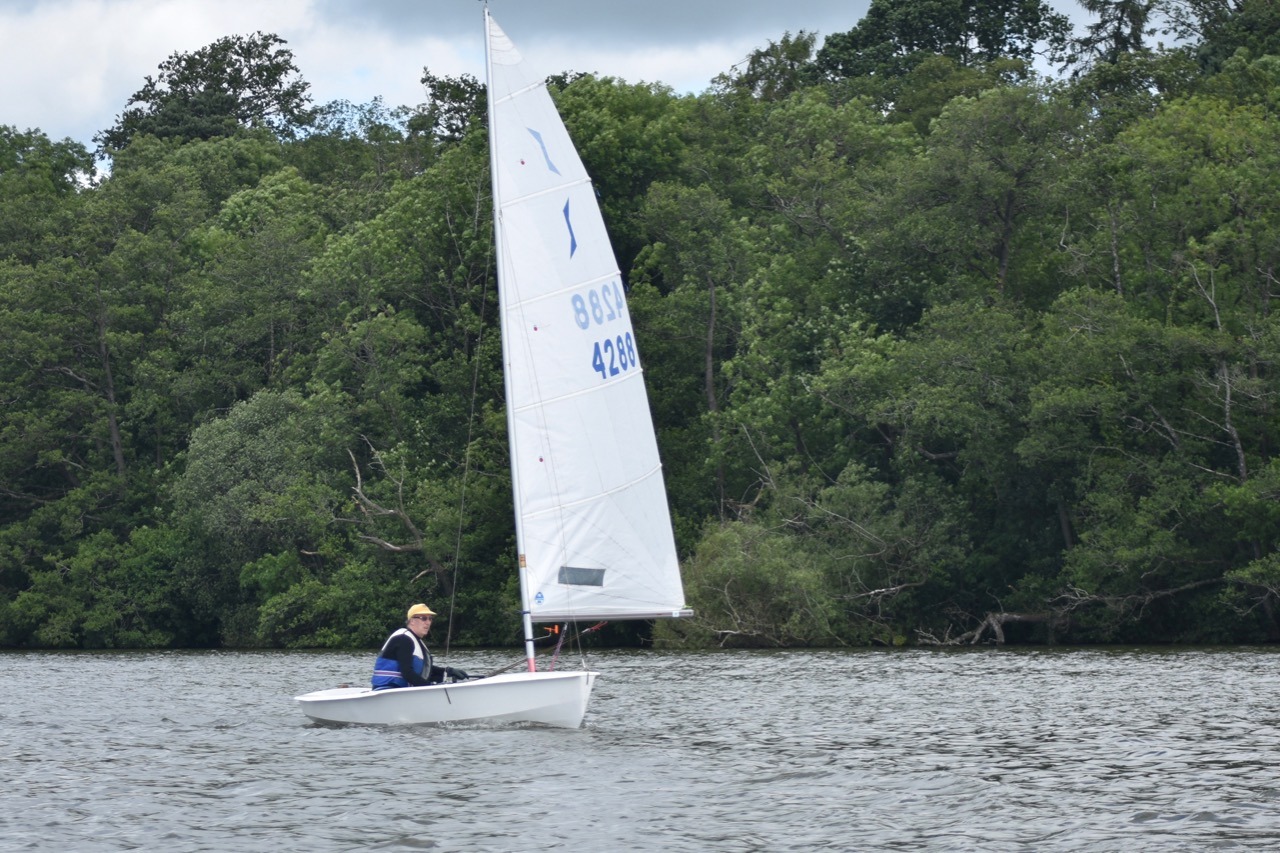 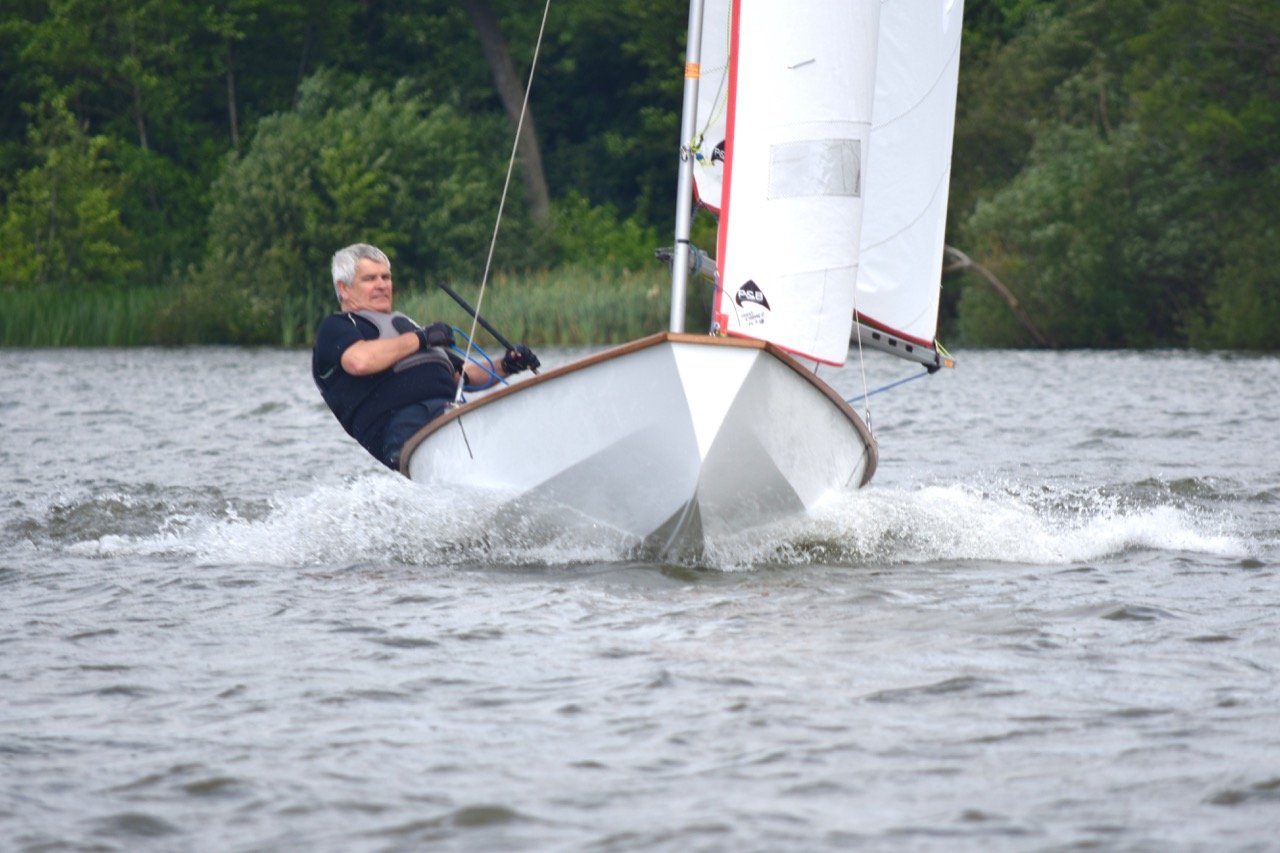 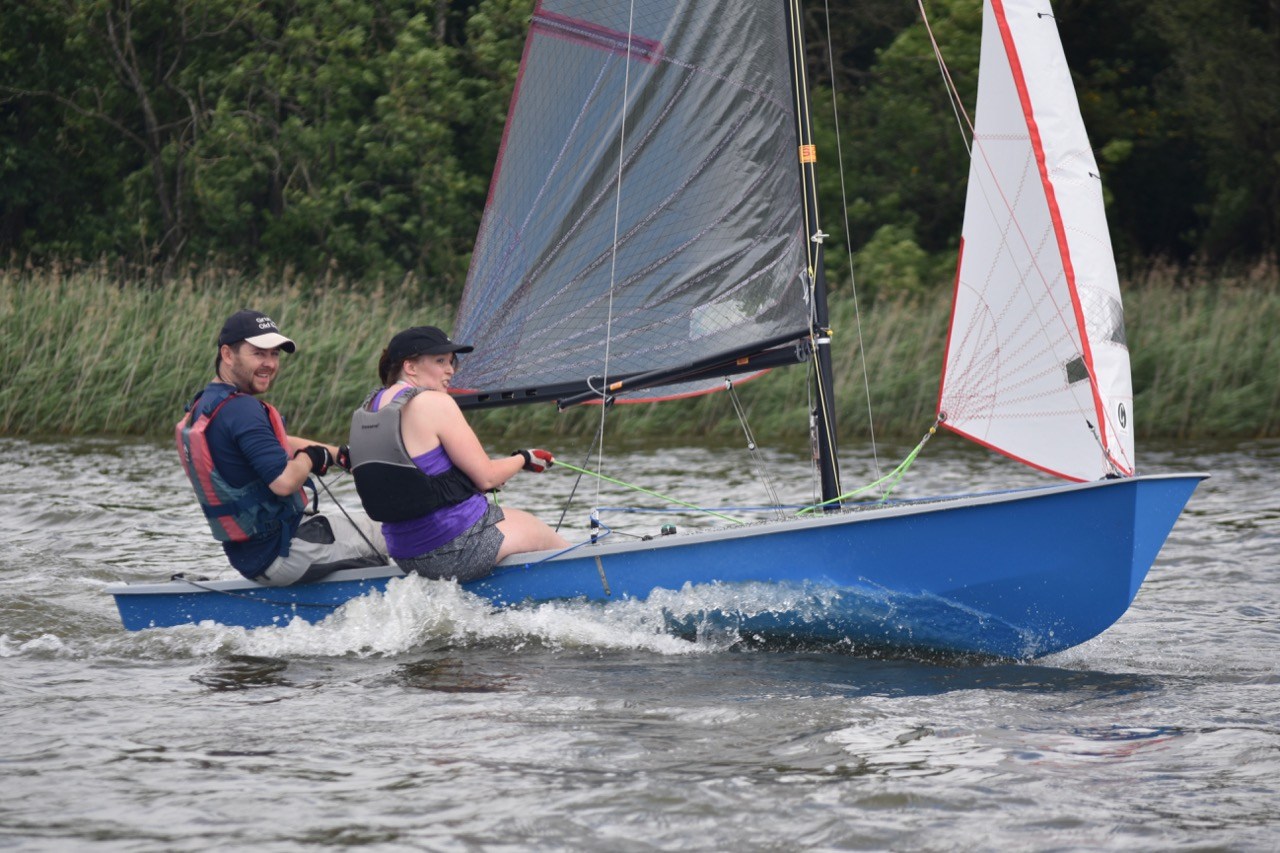 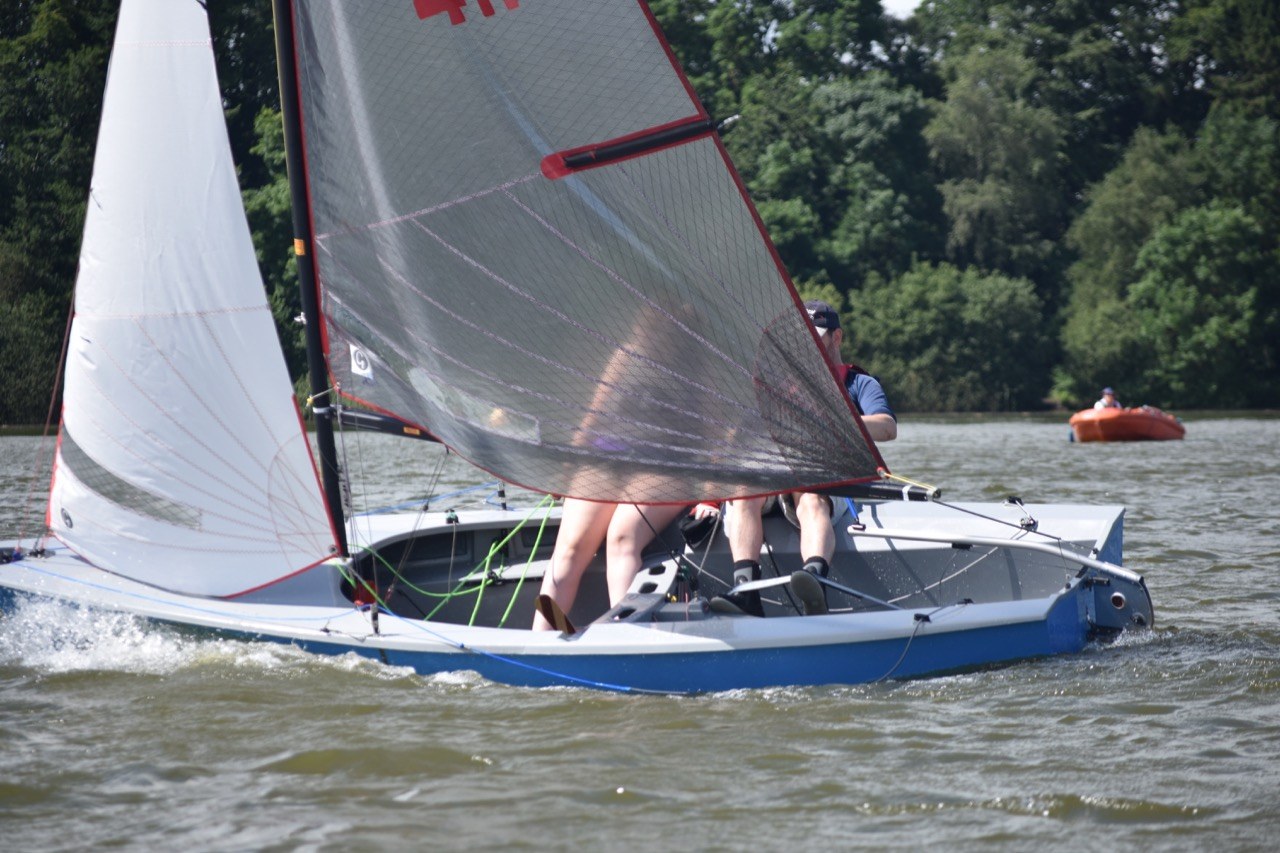 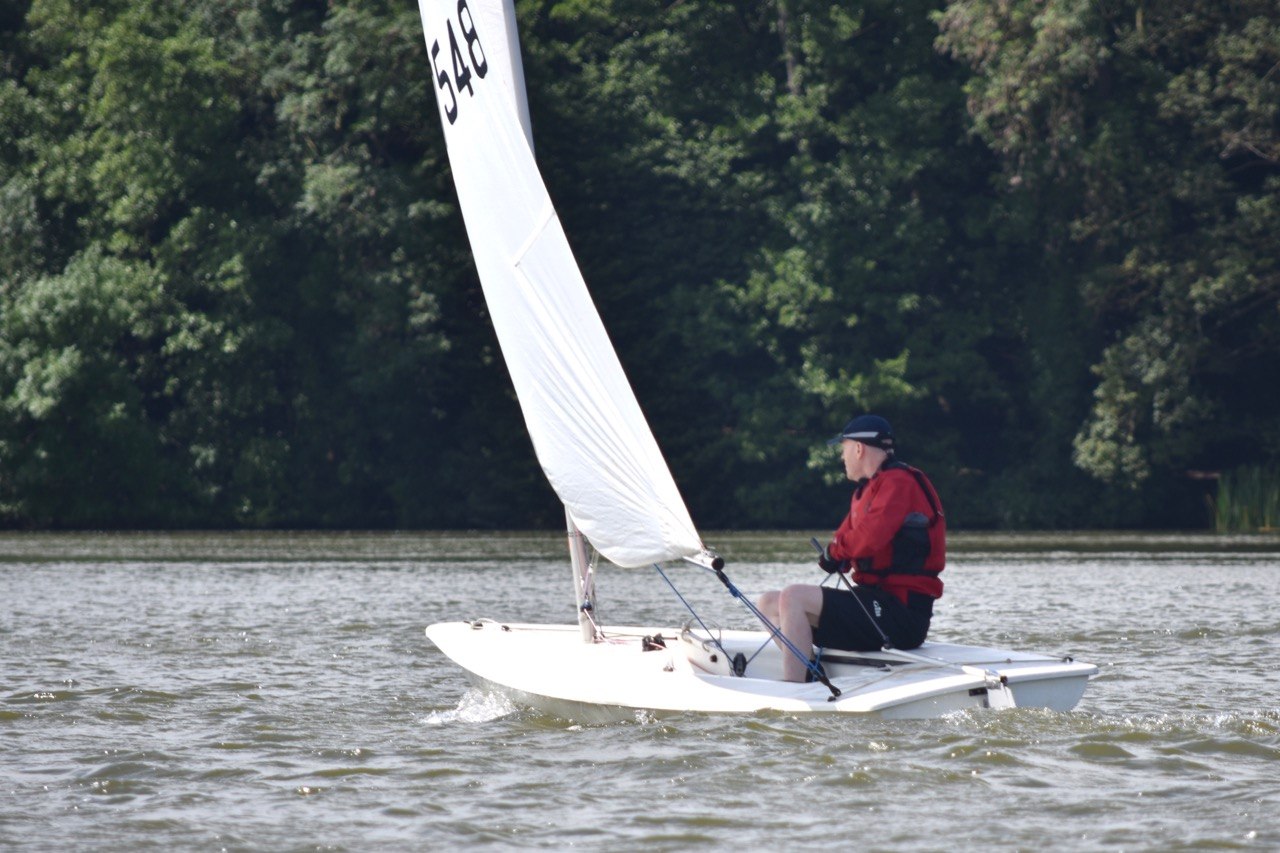 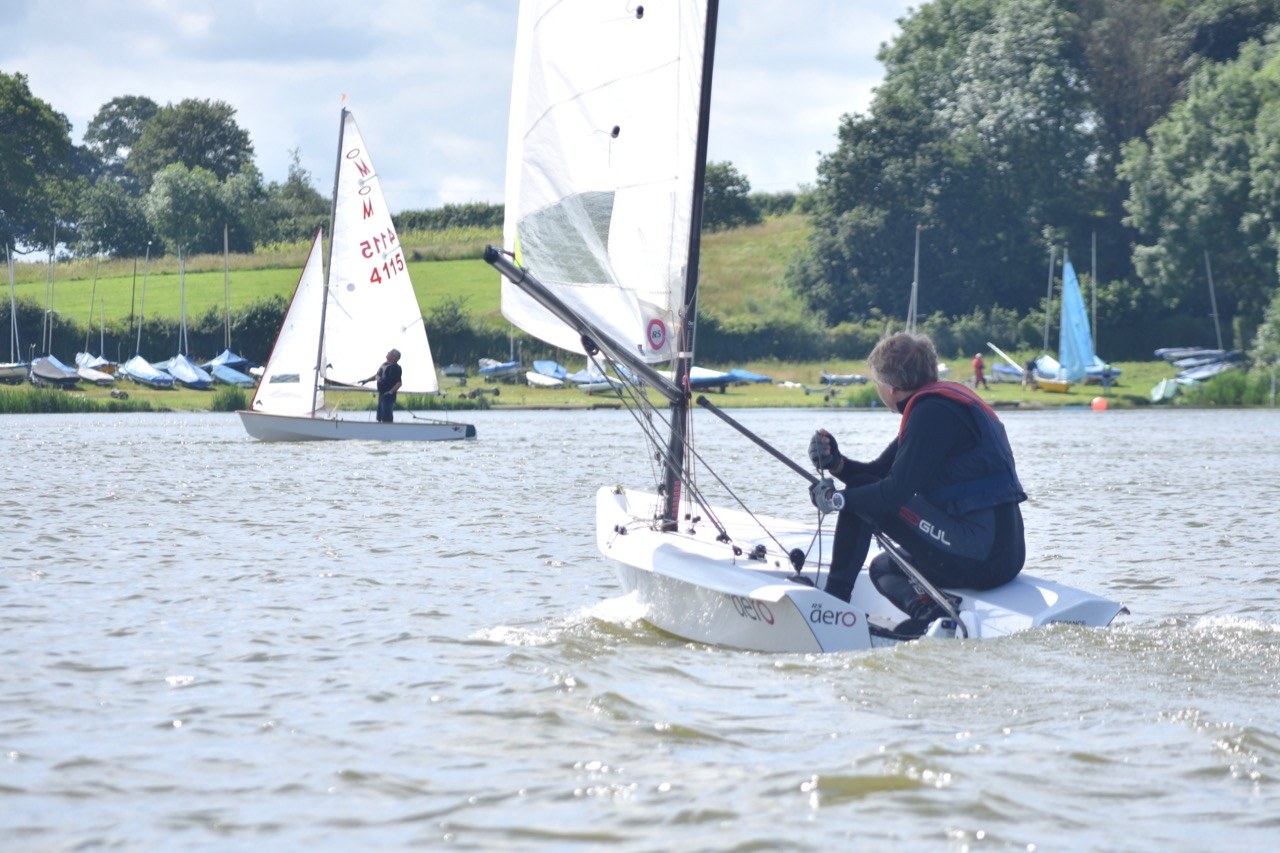 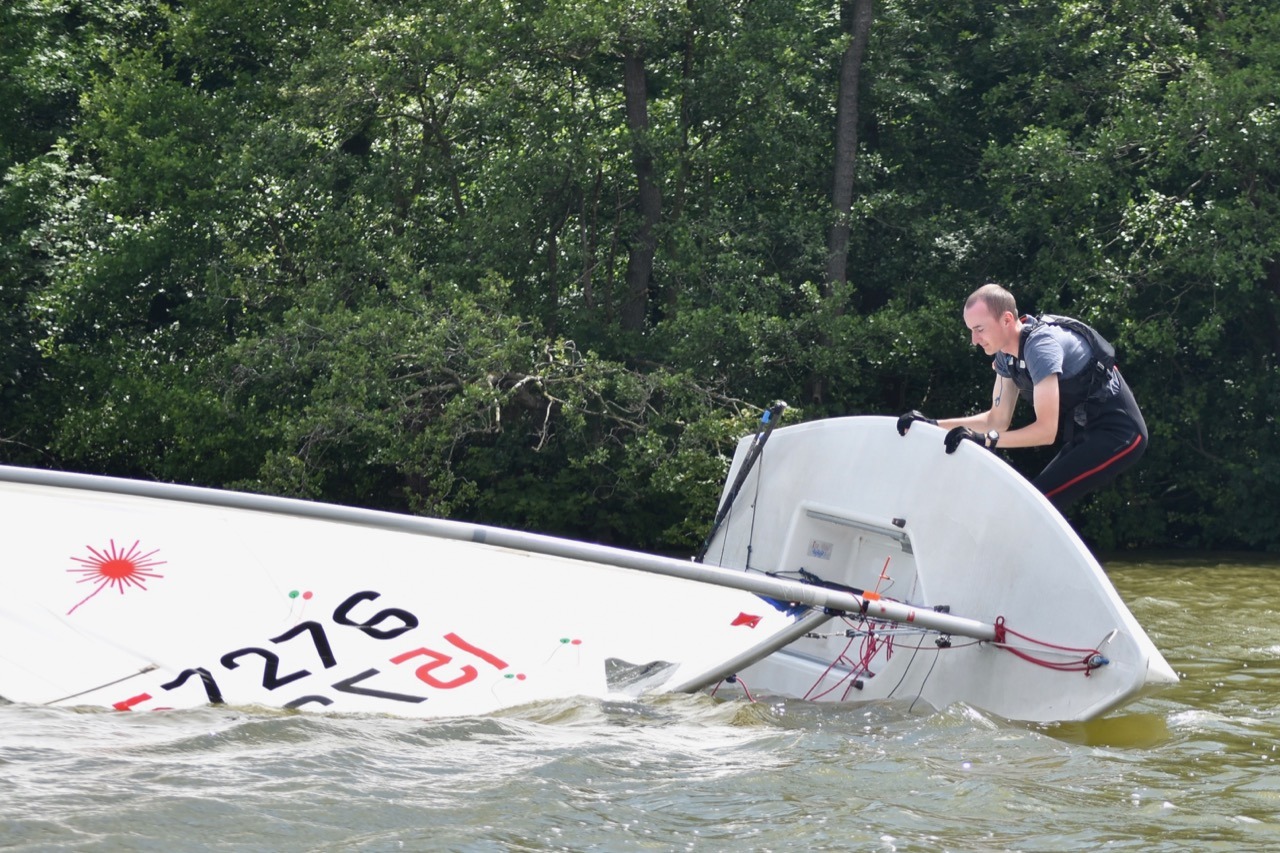 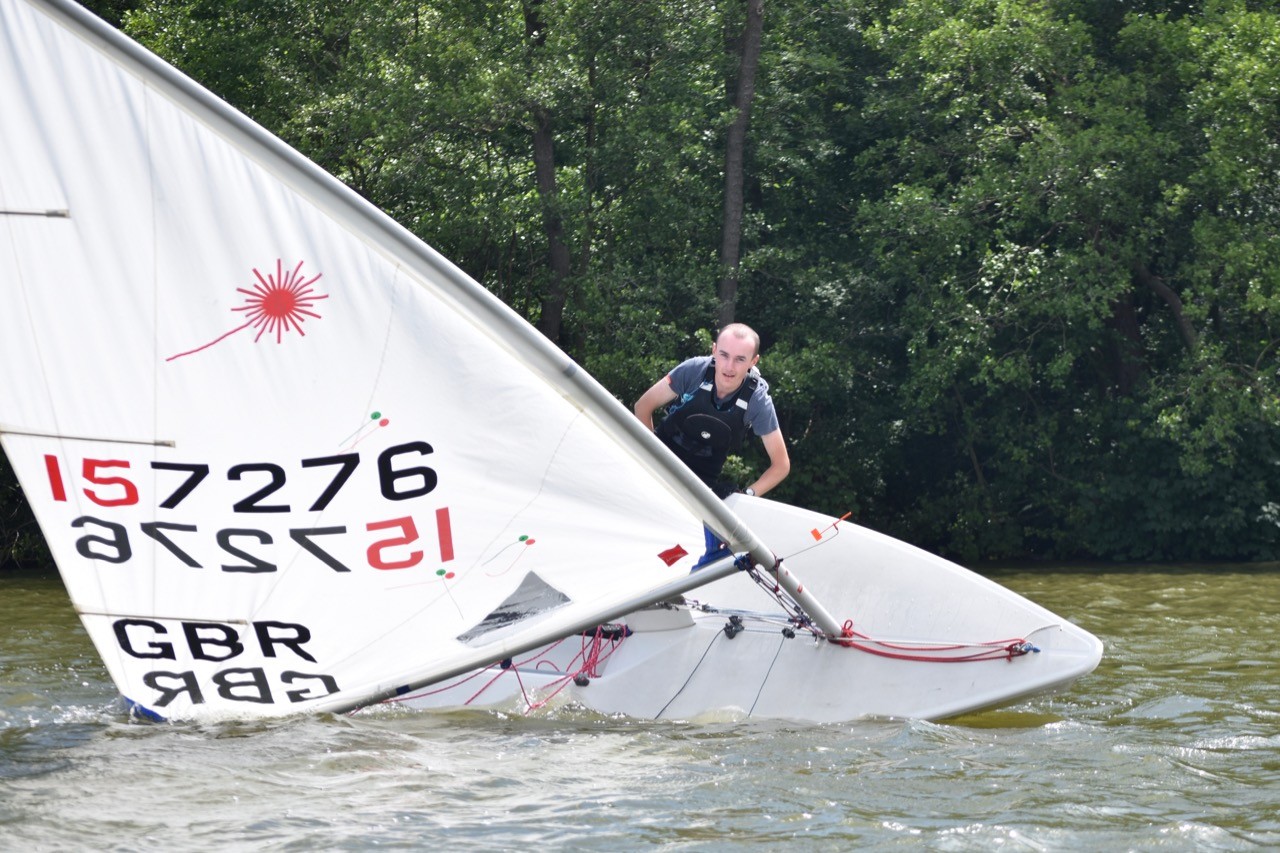 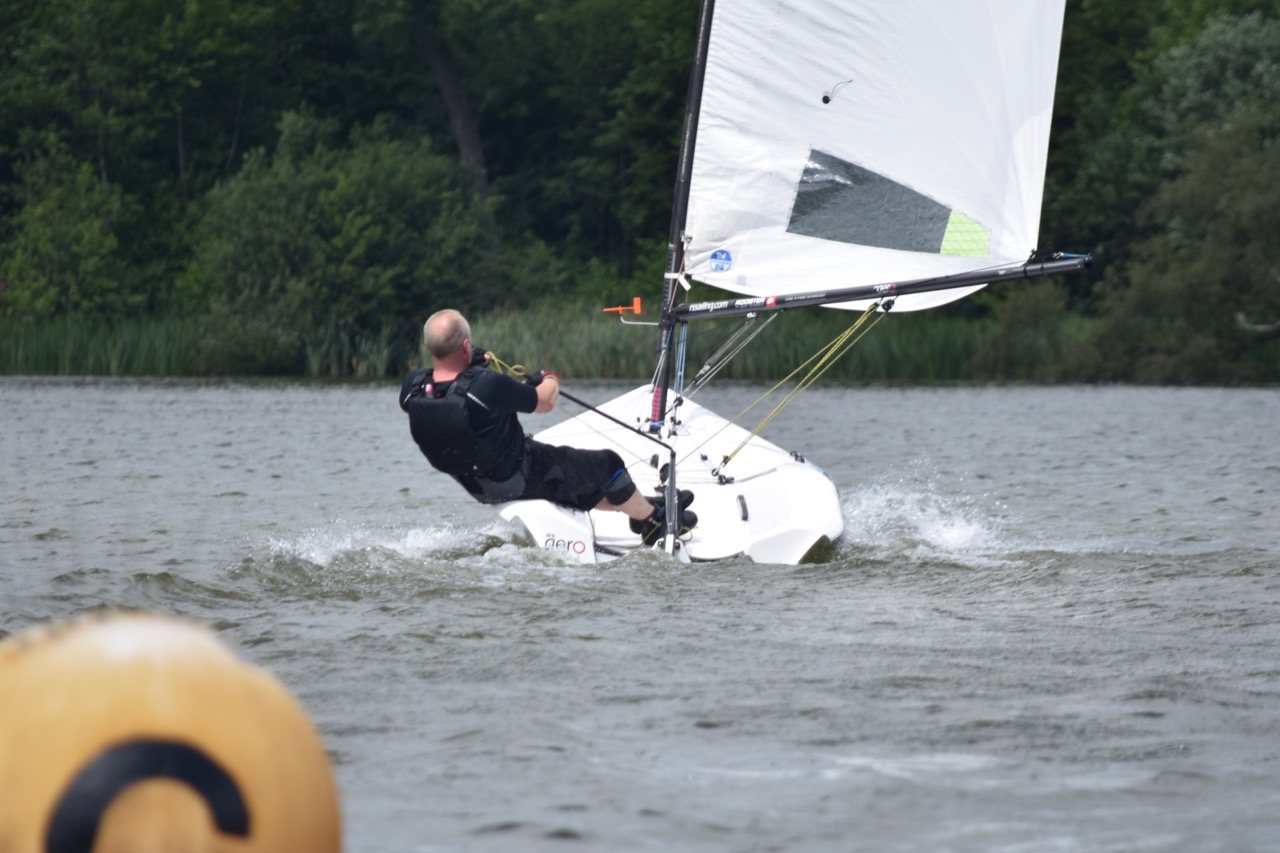 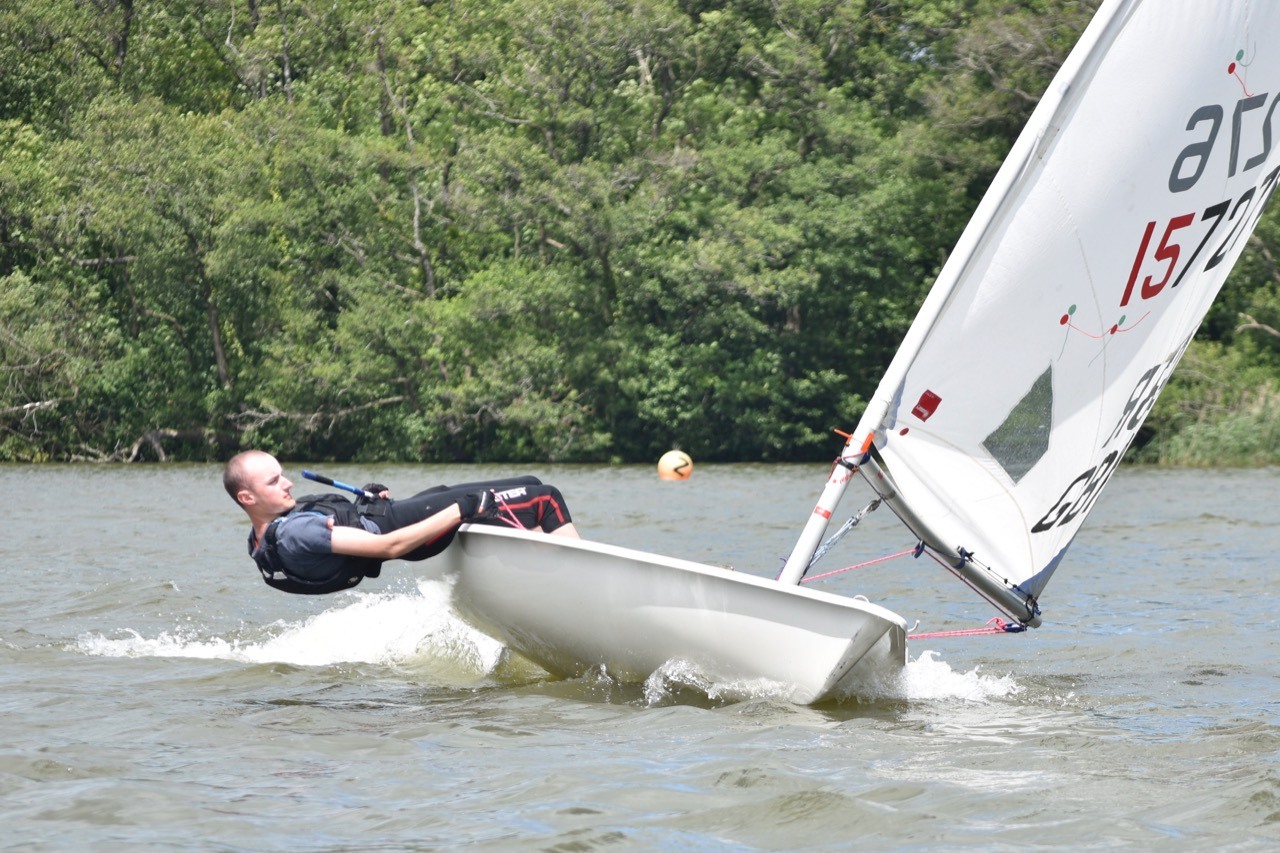 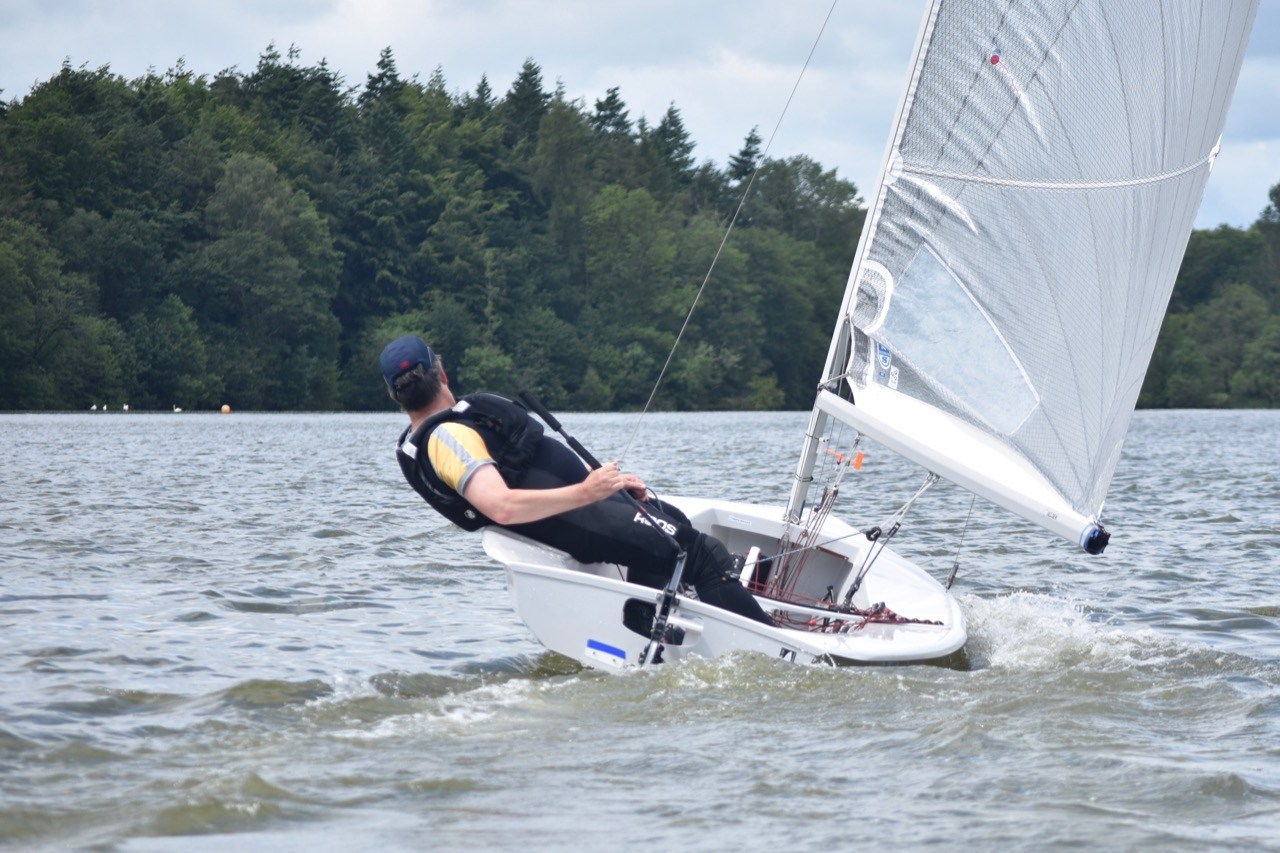 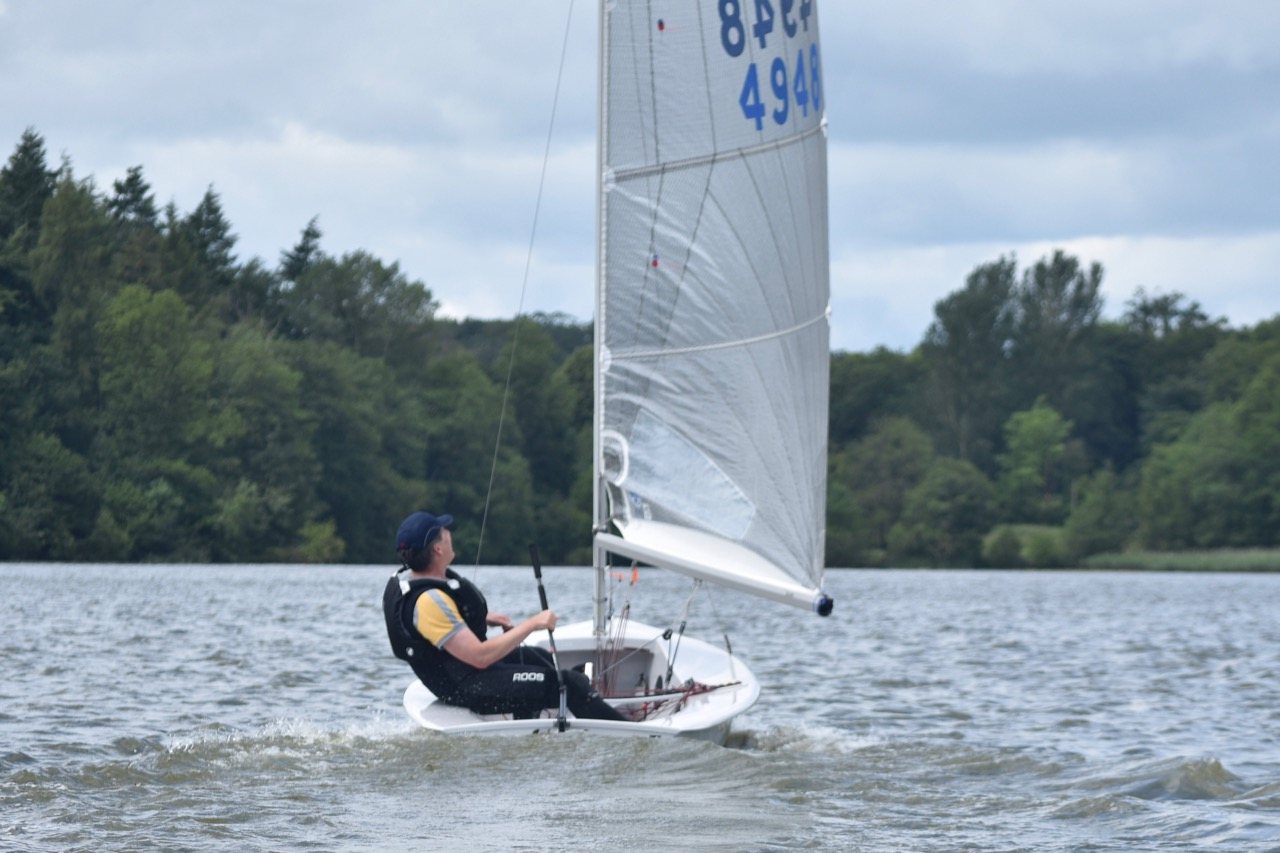 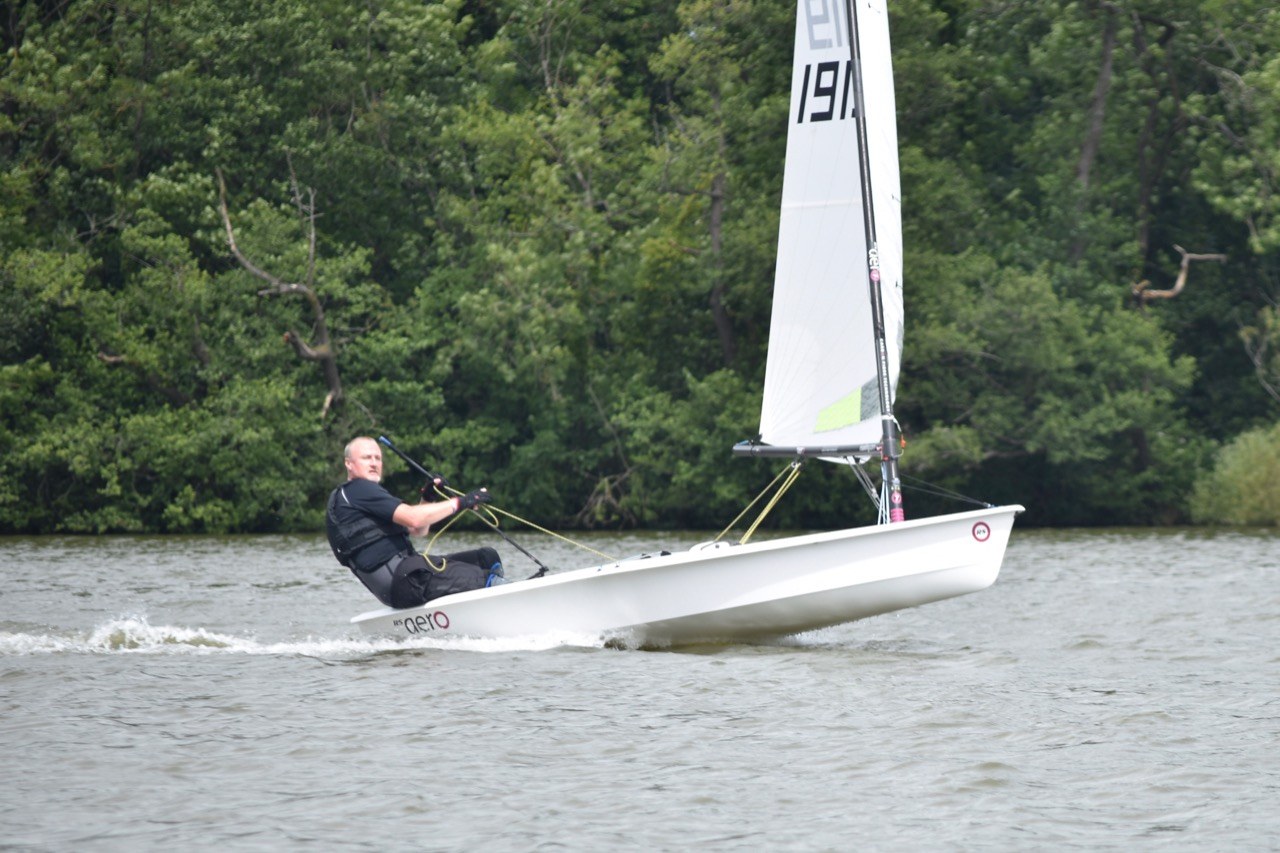