As this was the coldest winter for 31 years, Bosun Pete and I would like to say a special  thanks to all those who were able to make the working parties. After spending the half-term week in London, I arrived at the club on Sunday 21 February and found the dinghy park covered in snow. Due partly to the weather the attendance took on a rather different format this year with smaller numbers on Sundays (despite, or perhaps because of, my  attempts at making Cranks bean soup!)

Several members preferred to come down during the week, at a time to suit themselves, and they e-mailed Pete to let him know what tasks from his list they were tackling. This worked particularly well and a great deal was achieved – including renovation of the race hut, redecoration of the bosun’s locker, a new heater in the mens’ changing room and a new floor finish in the ladies’ changing room. All the less obvious, but equally important, tasks were also completed – such as the cleaning of the buoys, maintenance of the rescue boats, cleaning jetties, sawing logs etc.

Pete was impressive as he donned a white disposable protective suit to remove the asbestos sheets on the race hut.  We were saddened though by Rob Sear’s accident whilst working on the race hut, to install the rather heavy new roof sheets, but hope that his arm is healing well!

The clubhouse looked very presentable again for the pre-rigging party on 13 March and the new model ‘Great Owl’ is helping to keep the jetties a little cleaner. It has to be constantly moved though otherwise the seagulls ignore it!  Hopefully this is temporary problem – I counted approximately 500 gulls on one visit to the club. The birds having feasted on the landfill site near the Ellesmere Road had chosen Colemere water for their liquid refreshment.

With members help during the year we hope to be able to keep the lawn and dinghy park areas clearer of bird droppings which, in the past, have deterred families with young children from using the club as fully as they might of wished! 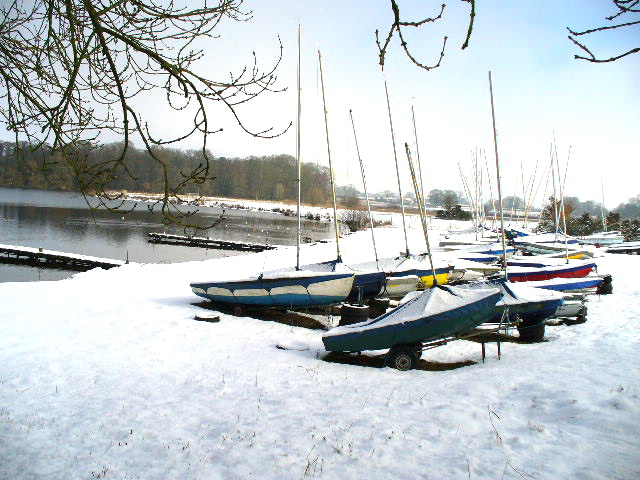 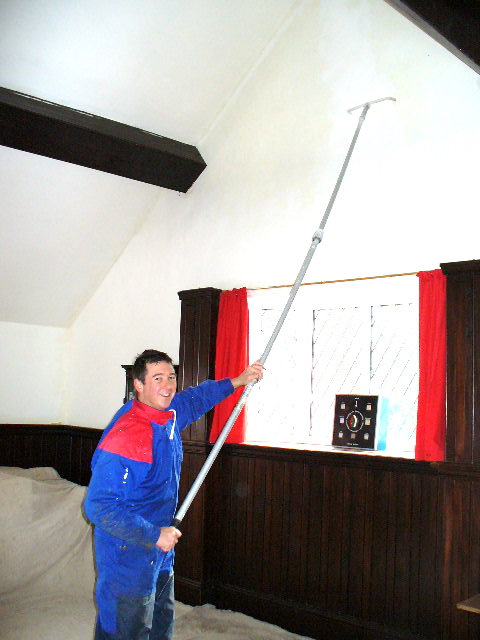 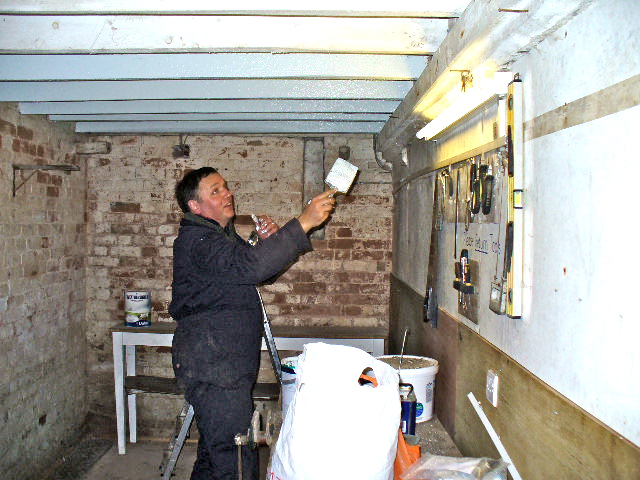